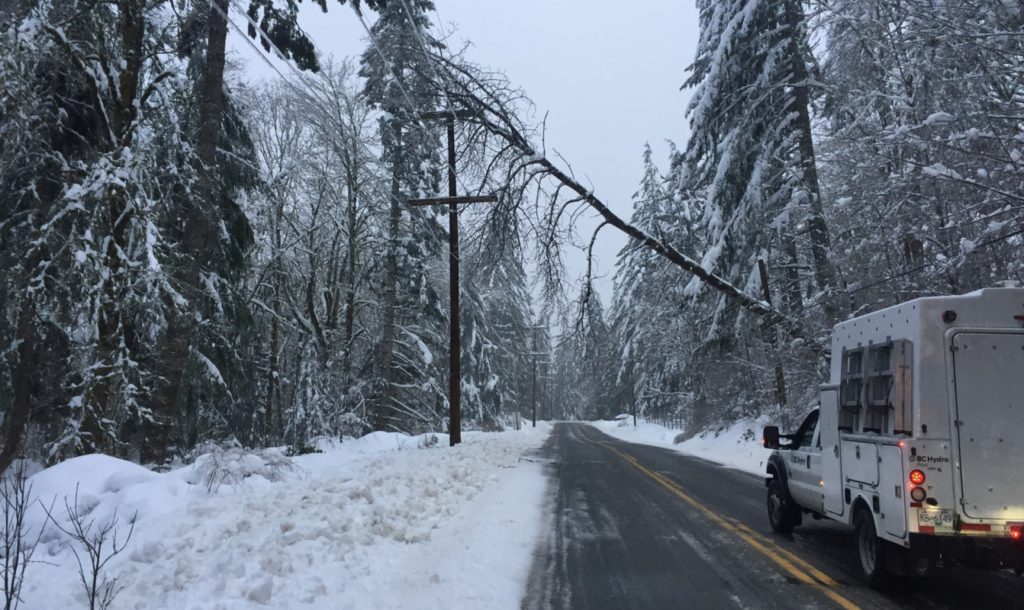 BC Hydro / Twitter
BC Hydro crews worked through the night to restore power to thousands of customers in southern British Columbia following a wicked snow and wind storm that arrived on the first day of winter.

BC Hydro crews worked through the night to restore power to thousands of customers in southern British Columbia following a wicked snow and wind storm that arrived on the first day of winter.

The organization was reporting as many as 90,000 customers were in the dark at the peak of the storm but crews had whittled that back to about 38,000 across Vancouver Island and the inner south coast by early Tuesday.

According to BC Hydro, about 15,700 customers on Vancouver Island and the Gulf Islands are still without power – primarily in Duncan, Victoria and Salt Spring Island.

“Yesterday’s heavy, wet snow snowfall added weight to branches and trees, which caused them to break and come into contact with BC Hydro’s electrical equipment. As a result, all available BC Hydro crews and contractor crews will continue to work around the clock repairing the extensive damage until power is restored,” reads a statement from B.C. Hydro on Tuesday morning.

Additional crews are assisting with restoration efforts in the most impacted areas. BC Hydro says as progress continues, customers can check back for the latest information on individual restoration times as it becomes available.

Outages can be monitored online at BC Hydro’s website.

Those heading to or from Vancouver Island are getting better news with BC Ferries’ schedules returning to normal after most sailings were scrubbed by high winds Monday. 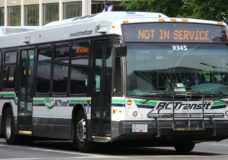 BC Transit bus crash in Langford, traffic delays on TCH 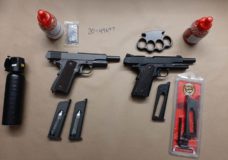