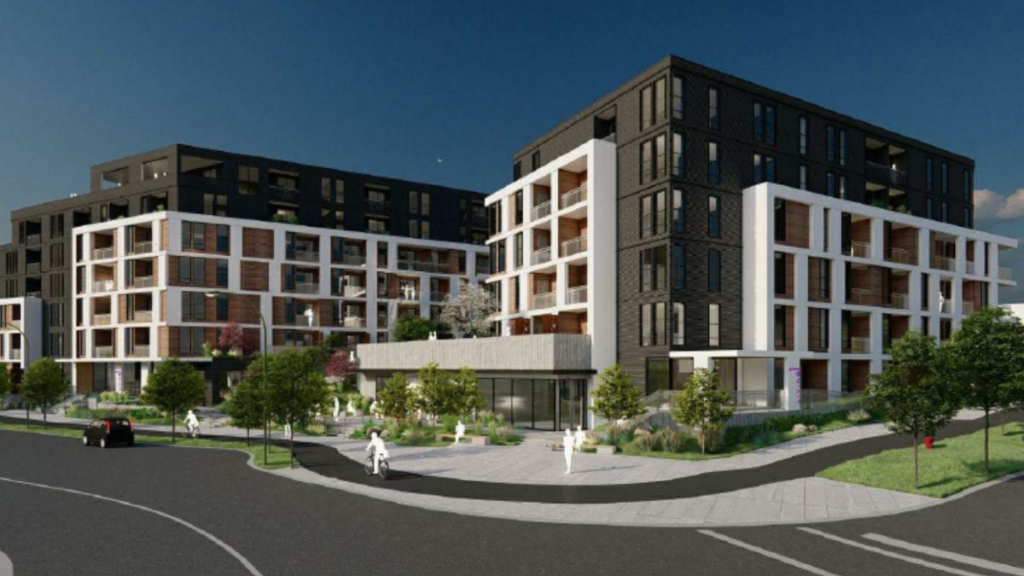 A telecommunications company has put forward plans to transform a vacant corner lot near downtown Nanaimo into a “desirable” living area complete with a public plaza and retail space.

Telus Communications is proposing to construct two residential buildings that would result in 197 units of purpose-built rental housing at 400 Fitzwilliam St.

Although the address is listed as Fitzwilliam Street, the development will occupy a mostly vacant lot at the corner of Wallace and Wentworth streets, near the Bee’s Knees Cafe.

A development permit application for the project has been submitted to the City of Nanaimo by Omicron Architecture Engineering Construction Ltd., who are tasked with leading the project for Telus. The proposal is expected to be discussed at the city’s next design advisory committee meeting on Feb. 11.

The six-storey building, also known as Building A, would be comprised 57 units of rental housing — 15 studio units, 21 one-bedroom units, 13 two-bedroom units and two three-bedroom units. A 37 square-metre ground-floor commercial unit and a “multi-purpose room” for residents are also included in the building’s plans.

The L-shaped building, referred to as Building B, would be 19 metres tall and have 146 units of housing — 32 studio units, 74 one-bedroom units, 32 two-bedroom units and eight three-bedroom units. A rooftop “amenity space” and a fitness room are also planned for the building.

Units in both buildings would include either private balconies or patios, while underground and surface parking as well as 100 long-term bicycle parking spaces will also be provided. Other amenities include a dog park, a playground for residents, and a private courtyard that separates the two buildings.

Omicron has requested height variances for both buildings.

One of the proposed development’s main features is a public plaza that would be installed at the corner of Wallace and Wentworth streets, facing towards Bee’s Knees Cafe. The ground floor commercial space, envisioned as a cafe, would have its entrance facing the plaza.

In a letter to the city, Omicron describes the existing vacant lot as “not particularly attractive” and that the goal of the development is to create a “very desirable” living space that sparks revitalization efforts in the area.

The property at 400 Fitzwilliam also includes an existing building used by Telus and well a smaller empty lot. Telus plans to subdivide both properties, with the empty lot being slated for future development long-term and its existing building remaining.

Telus Living is not the telecommunication company’s only development proposal on Vancouver Island. The company unveiled renderings last year for Telus Ocean, an 11-storey triangular-shaped building planned for downtown Victoria, which once completed, will serve as their regional headquarters. 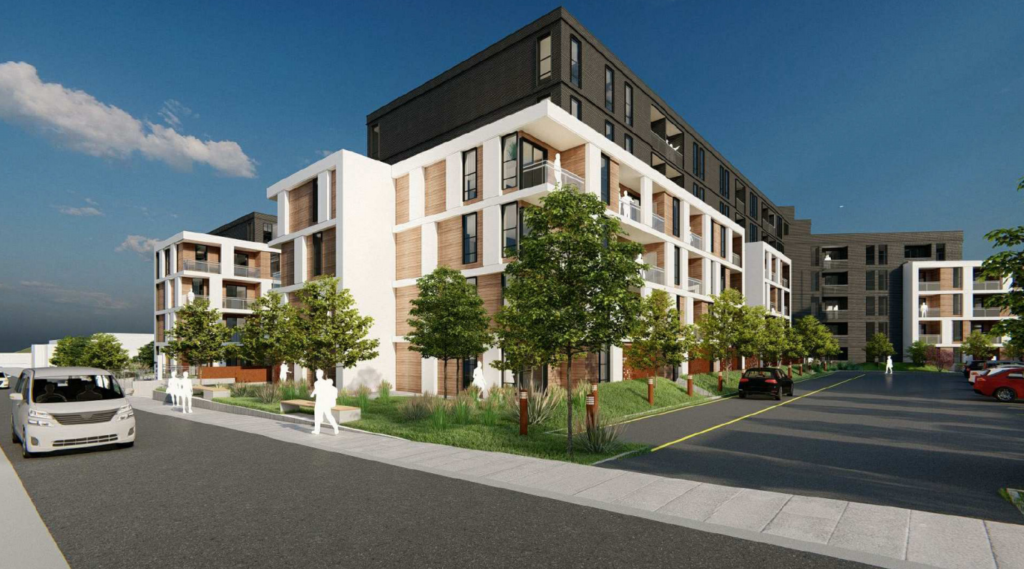 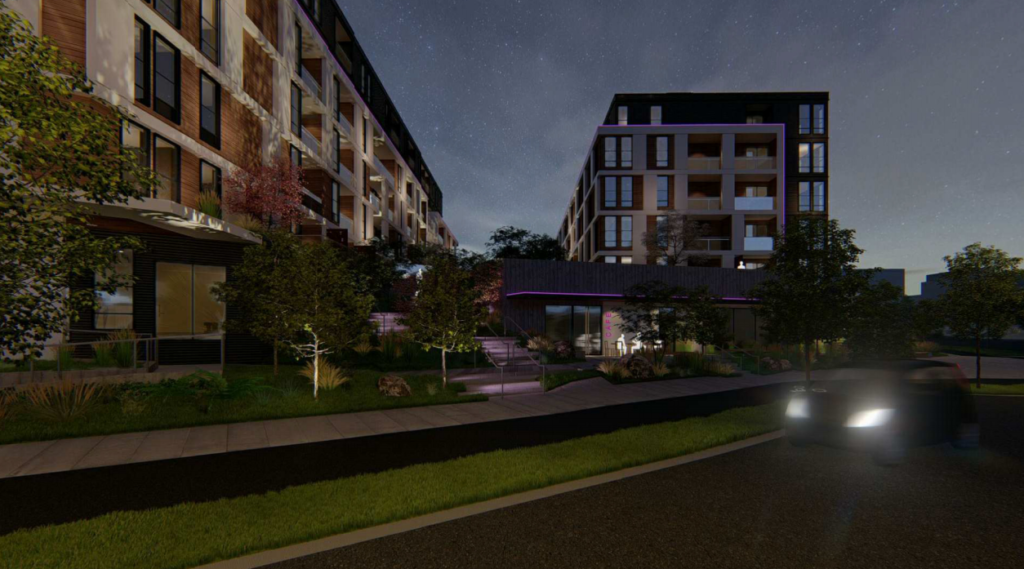 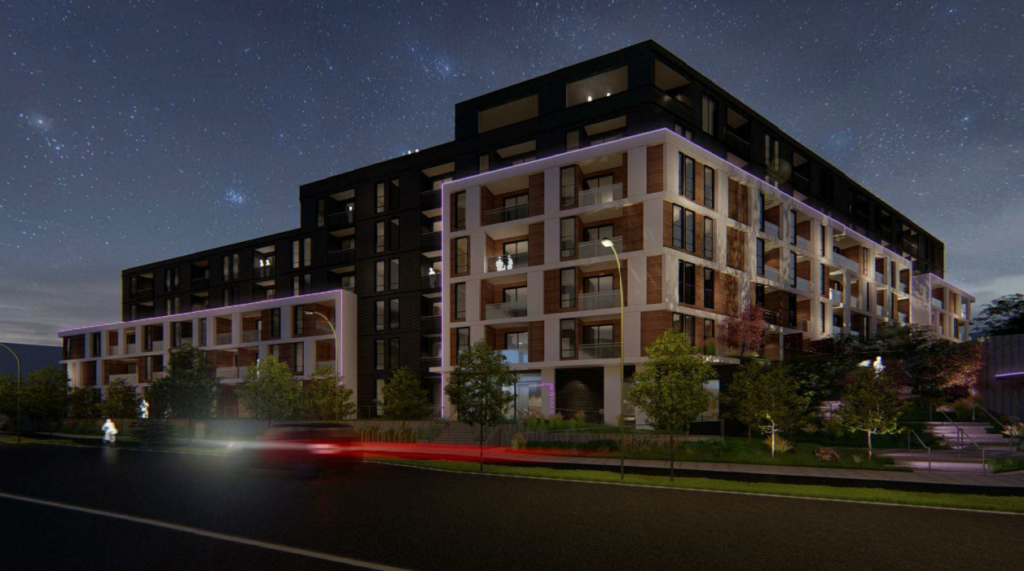 An artist rendering of what Telus Living would look like at night. (Omicron Architecture Engineering Construction Ltd.) 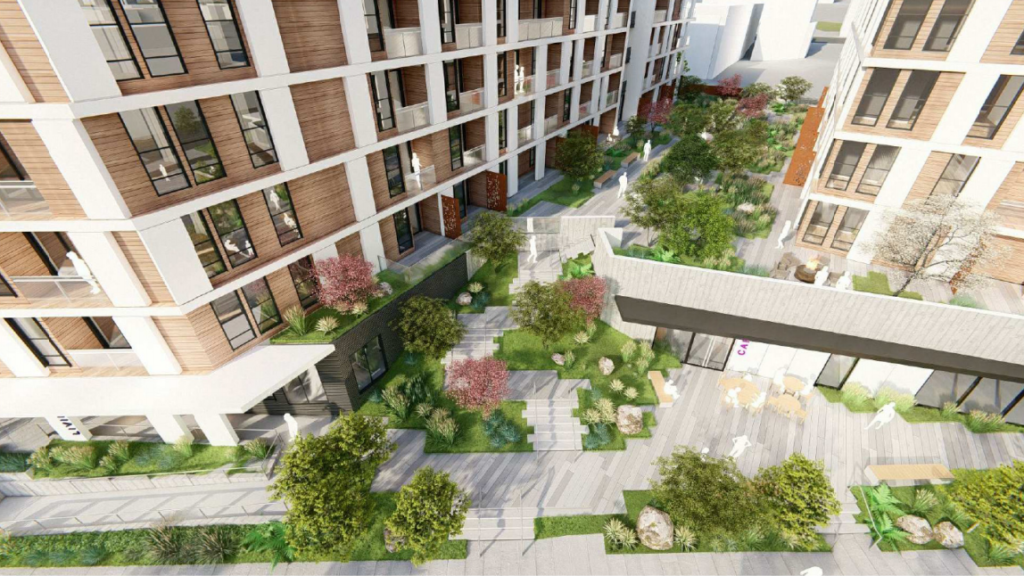 A bird’s eye view of a private courtyard that would separate the two buildings. (Omicron Architecture Engineering Construction Ltd.) 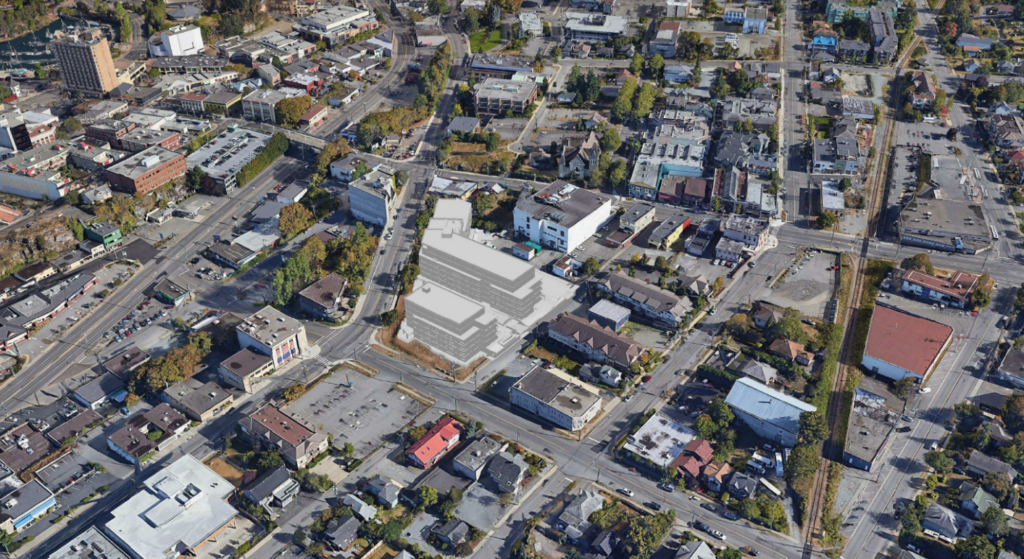 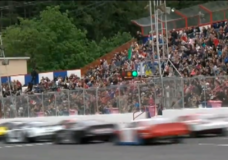 'Ripping my heart out': Western Speedway redevelopment could include hotel, film studio 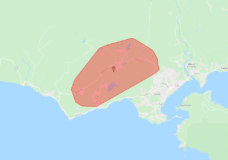