‘Ripping my heart out’: Western Speedway redevelopment could include hotel, film studio

Western Speedway has been a Langford attraction for nearly 70 years, with race cars and motorcycles circling the oval, urged on by cheering crowds.

“It’s ripping my heart out,” said Matt Stahlstrom, a Langford councillor who used to manage the speedway. “You see something that you grew up with, it’s like a second home and to see it disappearing, it’s just unfathomable.”

Last March, the private 81-acre piece of land was put up for sale.

At that time, Langford’s mayor said he and council hoped the speedway, which is Western Canada’s oldest racetrack, could stay.

“Whoever buys that property, hopefully, they understand the importance of that speedway with us. Council’s preference is to keep that speedway,” said Mayor Stew Young last March.

The new owner’s plans don’t include the racetrack. Instead, the plan is to turn the property into small lots of residential homes and a business park. Ownership is also looking at building a hotel and film studio on the property, city documents show.

For the ex-race-driver, it’s not just the loss of the cheering crowds or roaring engines.

“There will be a financial impact on Langford as well, a lot of the restaurants, gas stations, auto-parts stores, a lot of business was done because of the speedway. There’s more advertising at Western Speedway than anywhere on the island,” said Stahlstrom.

But the race track isn’t the only thing in jeopardy, the All Fun RV Park is also part of the property.

“It’s just really, really hard, it’s breaking my heart, for us to have to move,” said Ali Leippi, a resident of the All Fun RV Park.

Ali and her husband Bernard moved to the park three-and-a-half years ago when their rent prices went through the roof. As seniors, they’re worried about where they’re going to live should the plans go through.

“Everyone seems to be fire-worried about the Western Speedway. What about us? What about the 50-something people that live here?” said Leippi.

“A lot of people here still work have jobs, they might be okay, but, were not going to be okay.”

Although the long-term future of the track appears bleak, ownership has committed to continuing on-site racing at the track until September 2022 and is willing to make a “significant contribution towards the relocation” of Western Speedway, according to city documents.

The two companies hoping to develop the land, Bastion Development Corporation and Strand Holdings, did not respond to our requests for comments.

The checkered flag isn’t waving quite yet for the speedway, the designation and rezoning application is going before council tomorrow. 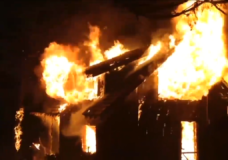 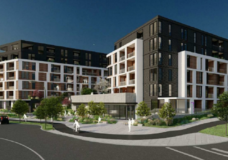