‘Council’s preference is to keep the speedway’: Langford mayor stands firmly behind future of Western Speedway

For veteran race driver Dave Smith, Western Speedway has been like a second home.

“It’s a part of the community and it has to stay,” said Smith, president of the Island-based Shockwave Seats.

“Everything you see around here, the 45-65 jobs we’ve created…. that wouldn’t happen if it were not for Western Speedway. I mean, our whole product line was developed because of racing.”

Western Speedway, established in 1954, is Western Canada’s oldest speedway and had a B.C. “Stop of Interest” sign unveiled at the site in 2018.

Less than two years later, it now has a for-sale sign.

“We want to make sure that whoever buys that property, hopefully, they understand the importance of that speedway…..The council’s preference is to keep the speedway,” Young said.

Young says he is, however, open to some changes in the 81-acre property.

“Maybe a business park, multiple housing, senior housing….but it’s very important to preserve the history. There’s still 3,000 people who go there on a weekend. That’s a big number for us.”

Western Speedway is the lone public race track on the south end of Vancouver Island and is currently one of greater Victoria’s biggest summer attractions.

Even if there is a speedy sale of the property, Young says the buyer could have a few roadblocks ahead if they decide on removing the oval.

“As part of the zoning, the city will be requesting that the speedway stays intact.”

Regardless of what happens to the Western Speedway property, the 2020 racing season already has a green light starting next month. 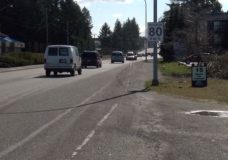 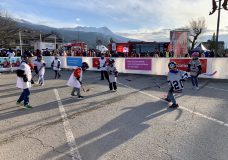