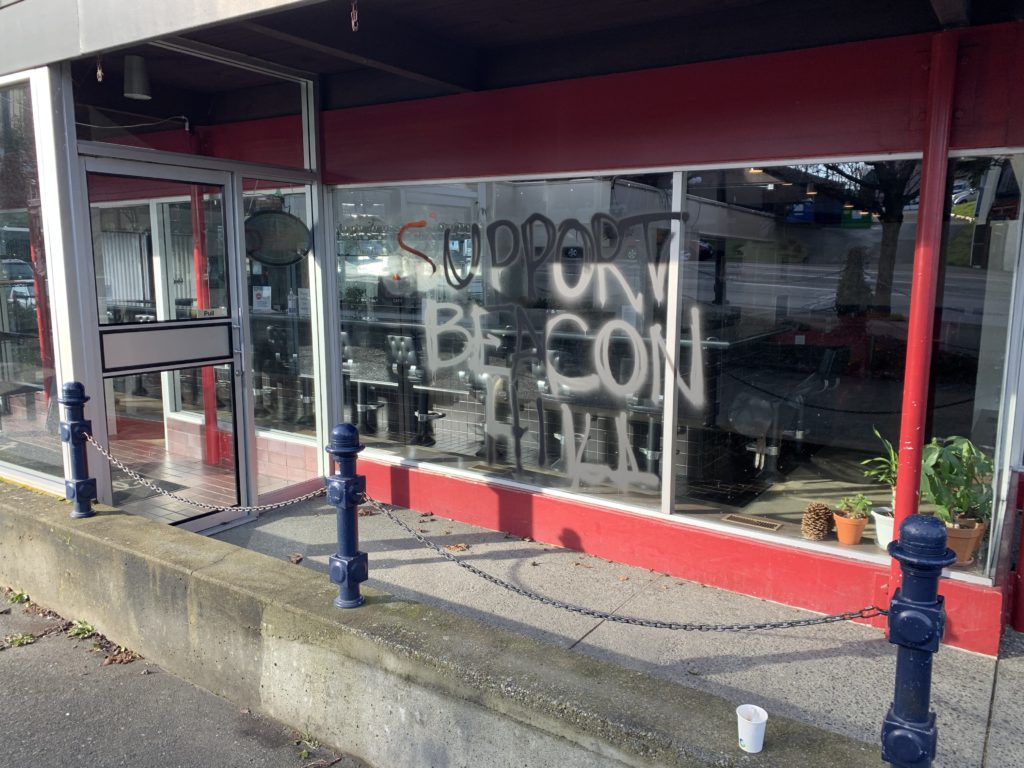 A series of spray-painted messages were discovered at various locations around Victoria on Wednesday morning.

The graffiti appeared on a collection of buildings, including provincial and municipal government offices and park facilities.

On the City of Victoria bylaw offices a spray-painted message, which has since been covered over by staff, read “Support Beacon Hill.”

On the Province’s Ministry of Finance building, another message said “Support Your City,” followed by a heart.

@CityOfVictoria crews are working quickly this morning after a graffiti spree around the city. This message of “support beacon hill” has been spotted at severa other locations @CHEK_News pic.twitter.com/5y06yUSUwU

Residents of Victoria have reached out to CHEK News to indicate that other tags and messages have been spray-painted on a multitude of buildings on Douglas Street in downtown, ranging from City Hall to Brown’s Social House.

City of Victoria crews were working fast on Wednesday, starting to cover over the graffiti at certain locations prior to 9 a.m.

Victoria Police are aware of the graffiti spree and say investigators are seeking victims, witnesses and those with surveillance video.

VicPD is asking anyone whose property has been vandalized with this graffiti who have not yet come forward, or anyone with access to surveillance footage near damaged property is being asked to call our Report Desk at (250) 995-7654, extension 1.

The spray-painted messages come one day after a man in Beacon Hill Park smashed a City of Victoria vehicle with a sledgehammer. There is no evidence at this time that the two incidents are related.

This is a developing story and will be updated once more information is learned. 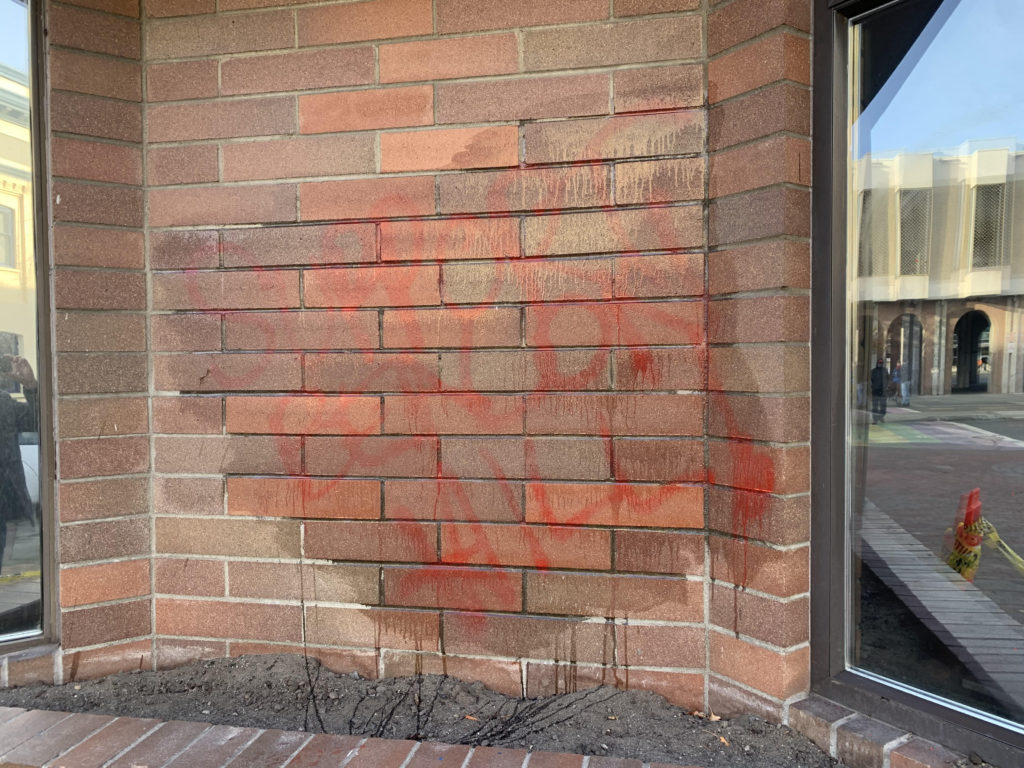 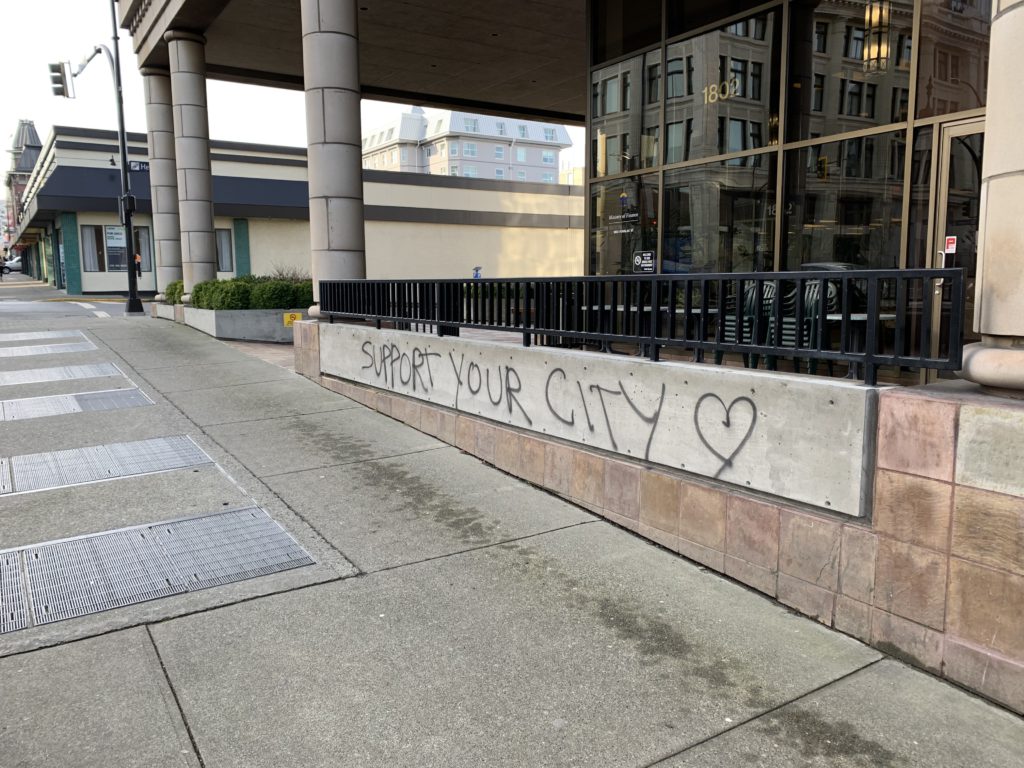 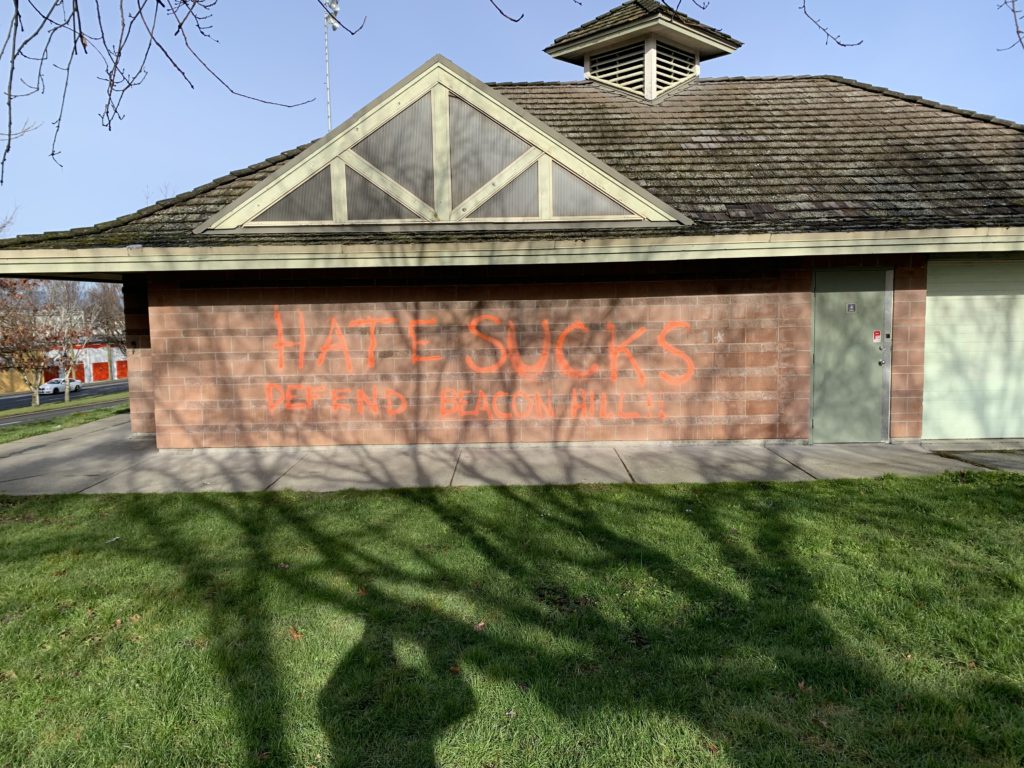 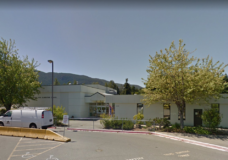 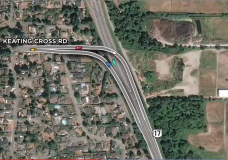