A new report by Medimap shows that Victoria has the longest average wait times for walk-in clinics in the country.

Seven of the top 10 spots for longest wait times are in B.C., with Kelowna coming in at second place with average wait times of 91 minutes. 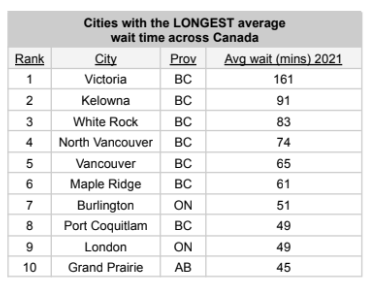 Medimap is a Canadian tech company where walk-in clinics can sign up to share the wait times. The company collected the data to calculate average wait times at clinics that are signed up with the service.

The survey looked at the wait times in provinces Medimap operates, which are B.C., Alberta, Saskatchewan, Manitoba, Ontario, and Nova Scotia.

Blake Adam, CEO and founder of Medimap, said the last time this data was published was in 2019, so the team wanted to see how the numbers compared during the pandemic.

“We wanted to take a look to see how things would change, internally, we kind of expected that wait times across the board would have gone down just because of less people going into clinics with the pandemic and that proved to be true in all provinces except for B.C.,” Adam said in an interview with CHEK. “And, as you saw, Victoria, in terms of in terms of wait times, has by far been the worst.”

He says that Victoria has the highest number of users of Medimap per capita.

“Obviously because cities like Toronto and Calgary that give you higher populations [have more users] but per capita, Victoria is our highest used city,” Adam said. “We have the most patient users in Victoria per capita when compared with all the other cities, which I think it’s largely because the need is so acute there.”

British Columbia and Nova Scotia experienced the longest average wait times in the country, with B.C.’s being 58 minutes for the province, and 44 minutes in Nova Scotia. 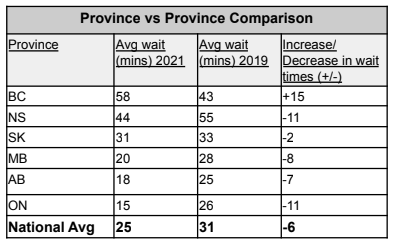 B.C.’s average wait time increased by 15 minutes since the last time the data was published in 2019.

Adam says the average wait time went down in all provinces except for B.C. when compared to 2019 data.

Coquitlam had the shortest average wait time in the province, with patients waiting an average of 13 minutes to be seen.

The data was collected in 2021, before the announcement that several walk-in clinics would be closing.

Additionally, there have been family doctors who have closed practice, which puts additional pressure on the walk-in clinic system.

Adam says while he can’t know for certain, he imagines the closures will increase wait times going forward.

“We can speculate, I imagine it’s probably not gonna be good. There are a lot of people that have been left without a family doctor,” Adam said. “And so I can only imagine that it’s probably just going to continue to increase so it’ll be of course interesting to take a look at the data this year and see how it compares.”

CHEK News asked Adrian Dix, Minister of Health for an interview, but was told he is unavailable. The Ministry of Health sent an email statement in lieu of an interview.

The statement says the B.C. government believes everyone in the province deserves quality healthcare and a relationship with a primary care physician, but providing access to health care is a long-standing issue in B.C. and across Canada.

“We understand this has led to frustration on the part of residents of South Vancouver Island in particular, and in some other areas of BC, regarding access to primary care, including wait-times at walk-in clinics,” the statement said. “That’s why, since 2018, the Ministry of Health has been implementing enhanced team-based primary care in every region through planned and delivered primary care networks (PCNs).”

Efforts are being made to recruit family doctors, according to the statement.

In the South Island, the statement says there are plans to $74 million in operating funds to hire 372 full-time employees at six primary care networks.

In a news conference, John Horgan, B.C.’s premier, said the province needs funding from the federal government in order to address the issue of long wait times.

“It will continue to erode if we don’t have a massive infusion of federal capital,” Horgan said. “The line-ups are getting longer because we don’t have the resources to manage them.”

Horgan says he has been pushing the federal government to provide more funding, since when the universal health care program in Canada was first implemented, the costs were split 50-50 and now it’s closer to the provinces paying 80 per cent.

“We are in a healthcare crisis, and it’s not just doctors, it’s nurse practitioners, it’s registered nurses care aides, it’s the continuum of care. We need more social workers, we need more psychologists as we address decades of neglect and mental health issues, we need more health care professionals to address those challenges,” Horgan said.

“I’m confident that [Health] Minister Dix and his team have a plan, but the plan will take resources, and I’m working with other premiers and the federal government to get those dollars in place so we can build back the system we’re so proud of here in Canada.”

In 2019, the latest year this data is available, 66 per cent of people living in Island Health were attached to a general practitioner, according to BC Community Health Service Area Health Profiles.

Qualicum Beach had the highest attachment rate at 81 per cent. 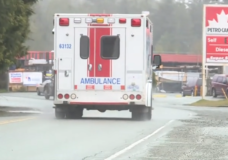 Ucluelet Mayor says BC Ambulance understaffing could lead to tragedy 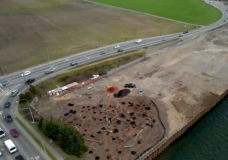