Ucluelet Mayor says BC Ambulance understaffing could lead to tragedy

Ucluelet’s Mayor is sounding the alarm about the BC Ambulance Service in his community.

It comes as the tourist season approaches which sees a jump in the town’s population and often an increase in demand for services.

“It is a life and death situation already. The point is we’ve just been lucky,” said Mayco Noel, Ucluelet’s Mayor.

The BC Government changed its staffing model for the BC Ambulance service last July and Noel says not long after the lone ambulance station started suffering staffing shortages.

“Sometimes there are no ambulance attendants that are on shift here,” said Noel.

He says he’s also heard of increased wait times for those calling 911 for an Ambulance.

Noel says it’s unacceptable the closest ambulance sometimes comes from Tofino and there has been no communication about the changes with the district.

“Local government or the communities were never notified that the ambulance station here is not fully staffed therefore our typical response time is not there,” said Noel.

The assistant manager of a large Ucluelet resort said she experienced it this past Easter Sunday.

“This is just the first that I’ve seen it first hand but I’ve heard about it and it’s very concerning,” said Lara Kemps, Assistant General Manager of the Black Rock Resort.

Kemps said a staff member in the Resort’s kitchen cut off the tip of their finger. Kemps says there was a 15-minute wait to talk to the BC Ambulance dispatcher, another 15 minutes for a BC Ambulance to arrive from Ucluelet, but that ambulance didn’t have a driver. She says it took another 45 minutes to an hour for an Ambulance from Tofino to arrive to take the man to the hospital.

“It just shows the erosion of our health care system really. I mean it was just a cut finger and we prepped it and we knew what to do, we have our first aid, which is great but if it was anything else,” said Kemps.

Ucluelet’s mayor says he may be sending letters next but he says it’s unfair when municipalities are forced to start a conversation about a drop in a provincial service.

In a statement, the Ministry of Health said among the hundreds of new paramedic positions BCEHS added across the province in the last year are 3 new permanent paramedic positions in Ucluelet, bringing the total number to 4. It’s actively recruiting for two, still-unfilled, positions.

The Ministry says these are “salaried jobs with regular schedules and employer-provided health and wellness benefits.”

It adds while the new positions offer “full wages and benefits, the lack of affordable housing and the commuting issues caused by highway closures in the region, have made recruitment challenging”.

This past January BC Emergency Health Services launched a recruiting campaign.

This past May CHEK News reported a number of ambulances were sitting for a lack of paramedics. 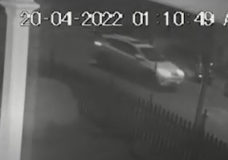 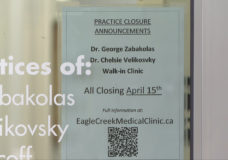