Dr. Ian Bridger, medical director of the clinic, says although the family practices are unaffected, the clinic struggled to find physicians to staff the walk-in clinic.

“Unfortunately, we’ve really just run out of physicians for willing to do that work. The walk-in clinic has been looking after a large number of what we’d call orphan patients in the Cook Street Village area, those are those patients who don’t have a family doctor,” Bridger said. “And it’s become difficult work that is unfortunately relatively poorly paid.”

“And one by one doctors have gradually found other things to do with their time or have retired, and we just finally, unfortunately, got to the point in April, beginning of this month, when we didn’t have a physician to staff it.”

Bridger is the medical director of four other medical clinics in Victoria, and he says it has been several years since any of them were able to operate full time.

“A few of the other clinics are in trouble, so far able to stay open and able to provide services but say our Uptown Medical Clinic we are down to two physicians, each of whom do a half-day a week, so that’s four half days a week,” he said. “These are clinics that normally would have been open six or seven days a week, a few years ago. So we’re just hanging on at a few of our clinics.”

He says at the Lansdowne Medical Clinic, one of the physicians is retiring today, which will impact the walk-in clinic schedule going forward.

“Lansdowne, we lose our major physician April 8, which is today,” Bridger said. “Our doctor who did mornings, four mornings a week retires so that clinic will just be open a few half days here and there.”

Cook Street Village is now the fourth walk-in clinic in Greater Victoria to announce its closure this year.

In 2019, 66 per cent of people living in Island Health were attached to a general practitioner, according to BC Community Health Service Area Health Profiles.

Qualicum Beach had the highest attachment rate at 81 per cent.

Bridger says today’s announcement by the B.C. government that five walk-in clinics in the South Island will be receiving funding to keep open through to the end of the year is a positive step.

“I applaud the government for being smart and wise and figuring out that we have a problem here and for stepping in and actually doing something about it,” he said. “The announcement today for the clinics in the South Island area was just a breath of fresh air. I think it’s an amazing thing.”

He says he hopes a similar program will be made available in the Victoria Division, as he believes it would help his clinics.

“I think it would be a marvellous and wonderful thing should it happen, because we just dread the thought that there’s about 5,000 people who live around Cook Street Village who do not have a family doctor, who at the moment have nowhere to go for their care, with James Bay being closed, with the UPCs being often full by early in the morning,” Bridger said.

“If something could happen that would enable us to attract a doctor or two doctors and stay open, we would be absolutely thrilled about it.”

Camille Currie, founder and organizer of BC Health Care Matters says she was happy to hear about the investment in walk-in clinics, but she worries it is not enough.

“Now we just hear about another walk-in clinic closing which means another 5,000 patients, is what they quoted that they often see on an urgent care basis, will now be without that care,” Currie said. “The scales seem to just constantly be balancing each other out, we’re not making the situation better. Every time we make one step forward with band-aid approaches, that’s all it does, it just keeps us that far.”

Currie says in her work with BC Health Care Matters, she is hearing that people in the province are hoping to hear about longer-term solutions rather than the short-term ones, like the one announced today.

“We’ve been hearing, kind of the same messaging from doctors as well as citizens, which is that we need medium and long term solutions, which would come from providing proper compensation to family physicians to be able to support their private practices,” Currie said.

“There’s no doubt that longitudinal care and consistency of care are what every citizen in British Columbia deserves and needs and without modifying the pay model and coming up with different options to keep those private practices in business. We’re just going to continue to see band-aid efforts and no citizens want to see that right now.”

Health Minister Adrian Dix says the province is working on transitioning to a different pay model for family doctors in the province.

“As you’re transitioning some people we have younger doctors who vastly prefer to work on alternative payment systems. We’ve created new models of payment that are available and that are in use in both the South Island and Victoria divisions, some of which are working well and we’re continuing that transition,” Dix said.

“But you know, it’s not that you can stop the previous system and start a new one. You have to work and continue to provide the service and provide new options that transition the primary care system to the future.”

He says the model that the province is moving toward is team-based care, which are doctor’s clinics where multiple health care providers from different specialties work together to provide care to patients.

As part of her work, Currie has launched a petition calling on the B.C. government to come up with an action plan to rectify the issue, as well as planned a rally at the B.C. Legislature on May 19.

Your Money for April 8 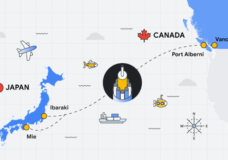