RCMP say that Steven Bacon, a person of interest in the murder of Nanaimo teenager Makayla Chang in 2017, has been arrested on an unrelated matter.

Sixteen-year-old Chang was last seen in Nanaimo on March 17, 2017. She was reported missing on March 22, 2017, and an extensive search followed.

On May 18 that same year, RCMP announced her body has been found but did not release any other information other than to say that Chang’s case was now a homicide and remained a priority.

Bacon was interviewed back in 2017 as part of the search. At the time, police said Bacon was not a suspect but Chang may have been with him before her death.

In August 2019, officers said 59-year-old Bacon was a person of interest and was missing. They had said they would once again like to speak to him and were asking for the public’s help in locating him.

No other details have been provided.

Makayla’s father, Kerry Chang, posted on Facebook, saying he has been notified of the arrest and expressing hope his daughter’s murder may be solved soon. 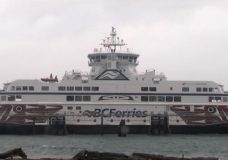 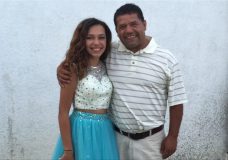