A large marble sculpture by artist Kent Laforme is being carved out in honour of Takaya, the lone wolf of Discovery Island.

“I want this stone to, if I can, not only honour the wolf but also be a bit of a collective stone tribute for people to be able to share and pay their respects to the wolf wherever they’re coming from,” said Laforme.

The 11-year-old wolf became a part of local folklore eight years ago when he was spotted swimming and setting up a home, alone, on Discovery Island.

In January this year, Takaya left his home and was caught wandering around James Bay.

The wolf was relocated outside of Port Renfrew but was shot and killed by a hunter in March.

READ MORE: James Bay wolf relocated to undisclosed location on west side of Island, confirmed to be Takaya

Community members organized a howl at Cattle Point shortly after Takaya’s death and Laforme was one of the attendees.

“My experience led me to think about… there’s a big void,” said Laforme. “But the void wasn’t an empty feeling. So how can I share that or try to work that into a stone?

The large stone is indigenous to Vancouver Island and had an outline of a wolf howling already etched into it.

While creating the design of the sculpture, Laforme talked to the Songhees Nation and local experts on the wolf to inform his artistic decisions and capture the spirit of what Takaya meant to different communities.

“It started out as a void and it distilled itself down into this portal which is the hole through this big stone,” Laforme explained.

He has carved out Takaya laying down on the top of the stone, with a large hole through the middle. The idea is once someone looks through the hole, or portal, they will be able to see the islands Takaya lived on.

Laforme was commissioned to create the piece by an anonymous couple and he hopes they will donate it to Oak Bay where the community howl took place.

If Oak Bay council and the donors approve the sculpture for Cattle Point, the stone will be placed just behind the fenced-off area.

“I think for many of us in Oak Bay, because the wolf was so close, we heard it howling at night,” said Kevin Murdoch, Oak Bay mayor. “If you went kayaking here, you would see the wolf on the islands. It was well known. So losing him was quite impactful here.”

Cheryl Alexander, a naturalist and conservation photographer, was one of the wolf experts Laforme turned to. She spent six years following Takaya’s life and was featured in a television documentary that was released last year.

“Right after the documentary aired, the first piece of art that came to me was from the U.K.,” she said. “And it was a woman who had seen the film and was very touched, moved by the story, and she said I just had to paint him and I really want you to have this art.”

That was just the first piece of many. The art kept coming in, even after Takaya’s death.

“Art from Egypt, from Slovenia, from France, Germany, Scotland, England,” she said, rattling off a few more places.

Soon enough, Alexander’s house was full of art made in honour of Takaya, and she knew she had to do something with them.

So Alexander, with the help of the Eagle Feather Gallery, decided to showcase the art in Nootka Court on Oct. 24. Tickets must be purchased in advance and will feature more than 80 pieces.

“I would have expected maybe that local artists would take up the story, but I never would have predicted his story would touch people all over the world,” she said.

It’s a reminder that although Takaya is gone, his legend lives on, far beyond the community he was part of. 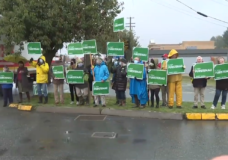 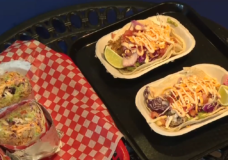 Order Up: Taco Shell in Sidney