A downpour didn’t dampen the spirits of BC Green Party supporters and leader Sonia Furstenau as she made her last campaign stop in her home riding of Cowichan Valley on Friday.

BC Liberal leader Andrew Wilkinson also took the weather in stride while on a campaign stop in the riding of North Vancouver-Lonsdale, currently an NDP-held riding.

“Advance polls are open.  We’ve got 33 hours to go before the election is over and we’re very confident that we can make a difference in British Columbia,” Wilkinson said.

NDP leader John Horgan was in New Westminster, a riding the party hopes to hang on to. Based on the most recent poll, the NDP is in a position to win there and elsewhere as well.

“It’s nice to see numbers in polls. The only one that counts is tomorrow,” Horgan said.

According to an Ipsos Reid/Global BC/CKNW poll released today, the NDP remain far in front with 54 per cent of support. The BC Liberals are at 34 per cent and the BC Greens at 13 per cent.  And who do British Columbians see as the best person to become premier? John Horgan is number one at 45 per cent Andrew Wilkinson is at 17 per cent. But Sonia Fustenau is the most improved party leader in the poll with a jump of eight per cent to 14 per cent.

“I’m not going to predict what is going to happen tomorrow.  But I’m very much making the case to voters today that is an election to vote, not with fear. Don’t vote against something. Vote for what you really want,” Furstenau said.

And Wilkinson gave his final argument to convince voters to cast their ballots his way.  “We need to build British Columbia, we need competition in auto insurance.  And we need to restore confidence and rebuild BC. And that’s our goal to elect Lyn here in North Van- Lonsdale. Thank-you!”

Polls open at 8 a.m. Saturday morning and close at 8 p.m.

READ MORE: How is Elections BC going to count the mail-in ballots and when can results be expected? 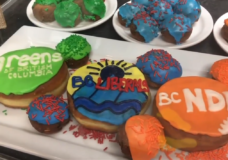 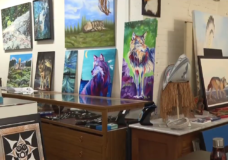