March 27, 2020 updated
Chek
WatchBC Conservation is investigating after the Discovery Island wolf was shot and killed by a hunter Tuesday, leaving many devastated and angry. April Lawrence reports.

Ancient Forest Alliance photographer TJ Watt may have taken the last photos of Takaya, the Discovery Island wolf, alive. The photos were snapped on Sunday near Port Renfrew and two days later a hunter shot and killed Takaya near Shawnigan Lake.

“It’s like being just punched in the gut as hard as you possibly could,” said Cheryl Alexander, a conservation photographer and naturalist who has documented Takaya’s life.

When Alexander saw the photo of the dead wolf’s ID tag on Wednesday, she knew it was him.

“I’m fluctuating between just absolute rage and a really deep sorrow that this has happened and that this is the end of this very remarkable animal,” she said.

The 11-year-old wolf become a part of local folklore eight years ago when he was spotted swimming and setting up a home, alone, on Discovery Island.

But while his howls could be heard on the shores of Oak Bay, few ever actually saw him.

Then in January, Takaya showed up on the streets of Victoria’s James Bay neighbourhood.

After putting the community on edge for 24 hours, Takaya was captured and tranquilized. And after consulting with biologists, the BC Conservation Officer Service
decided not to return the aging wolf to Discovery Island, but to a new home outside of Port Renfrew.

“The Discovery Island wolf, that was relocated from James Bay earlier this year has been shot and killed by a hunter, the Conservation Officer Service can confirm. We understand many British Columbians and people around the world shared care and concern for the well-being of this wolf and this update will affect many people,” the Conservation Officer Service said in a statement.

“The COS investigation is ongoing and further details will be released as they become available.”

It is hunting season for wolves in B.C. but the backlash against the hunter has been fierce. While Alexander understands, she’s pleading for people to direct their anger at policymakers instead and to push for change and education.

“He sacrificed with his life, and it’s very dramatic and it’s very sad, but his existence I have to believe is going to make a difference in how we think about wolves and the wildlife we have to learn to coexist with,” she said.

“It may sound strange but I have a great deal of empathy for this individual who shot this wolf I have to believe he really didn’t know what wolf he was shooting,” she said.

“I think he will suffer for this.” 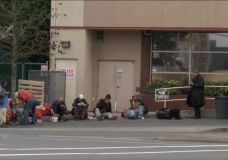 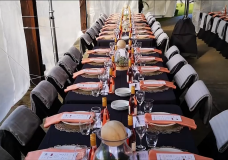 Charities and event planners being hurt by COVID-19