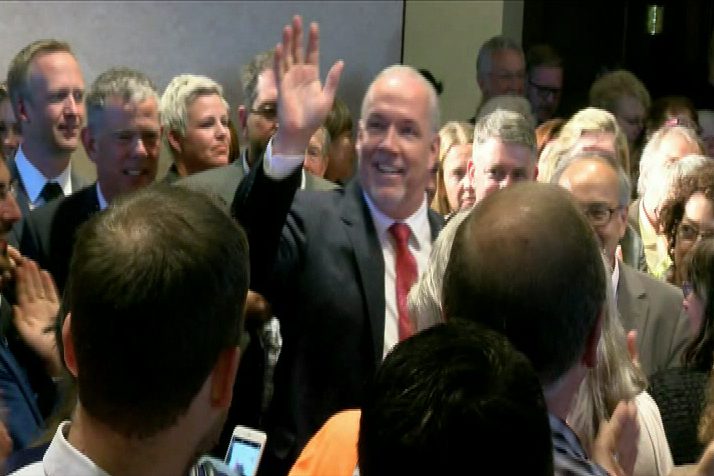 A new Mainstreet Research poll today suggests BC NDP leader and Premier John Horgan has a near five per cent lead from the opposing BC Liberals, along with a contested race in picking a leader for the party. File photo.

A new Mainstreet Research poll released on Monday suggests BC NDP leader and Premier John Horgan has a near five per cent lead from the opposing BC Liberals.

Surveying 817 B.C. residents, and with a +/- 3.24 per cent margin of error, the poll shows 38.5 per cent support for the NDP compared to the Liberals’ 33.9 per cent. The Green Party, which is in a confidence and supply agreement with the NDP, sits at 27.6 per cent support in the province.

“The Horgan government are in a strong position starting the new year,” said Quito Maggi, President and CEO of Mainstreet Research in a release. “Last year’s election saw the NDP and the BC Liberals in a dead heat in terms of the popular vote, but at the beginning of 2018, the NDP have opened up nearly a five per cent lead over the opposition Liberals,” he said.

According to the poll, the NDP’s largest is in the Greater Vancouver region with 15 points ahead of the Liberals, but for the rest of B.C. (discounting Vancouver Island) the Liberals take first place with a similar 15 point lead to 42.6 per cent.

In an alternate survey, -with a margin of error for +/- 4.57%-, a tight race among potential Liberal leaders emerges from decided voters. Former MP Dianne Watts holds the lead at 29.9 per cent, followed by Andrew Wilkinson and Todd Stone at 21.3 per cent and 19.6 per cent respectively. Maggi suggest voters may have to go to the polls more than once when voting the new Liberal leader.

“The BC Liberal race appears to be one that will be hard to call, with many strong candidates in the field,” said Maggi in a release. “While we do not have a complete membership list, we think that this leadership race will see a multi-ballot scenario determining the winner.”

Both surveys’ margin of error brought them an accuracy of 19 out of 20. Click here for the full report. 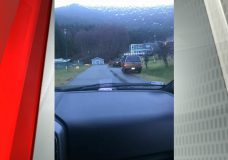 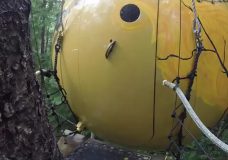