An Island Health outpatient lab in View Royal has been temporarily closed until April as Island Health shuffles staff around to try to deal with a growing healthcare worker shortage due to the Omicron variant.

It’s just one of several measures including cancellation of surgeries and diversion of ambulances at certain hospitals as the health authority, and the entire province, tries to deal with increasing COVID-19 hospitalizations and decreased staffing.

“Staffing levels are being adjusted on a day to day and shifting basis and in advance wherever possible to balance risk and help utilize human resources most efficiently across the system,” B.C. Health Minister said at a press briefing Tuesday.

But new modelling shows the worst case scenario for our hospitals may not be as bad as initially thought.

Updated data from the BC COVID-19 Modelling Group shows that rather than a possible COVID-19 peak occupancy of 4,000 in B.C. hospitals, it will likely be half that, around 2,000, if we continue our current trajectory.

“The hospitalizations have been growing but not as fast as we would had predicted had Omicron continued to rise at a rate of 20 per cent per day,” said modelling group member Sally Otto.

That 20 per cent per day growth rate seen in December has now dropped to 10 per cent, even accounting for reduced testing rates.

“It looks like we’re bending the curve, we’ve bent the Omicron curve which is great to see and I think that’s a combined effect of the measures in place but also everyone going to get boosters and masking up and doing the things to restrict their contact with others,” Otto said.

But despite what public health officials have said, Otto and her team don’t believe we’ve seen a peak of Omicron infections in B.C. just yet. And because of that they don’t expect hospitalizations to peak until February.

But by slowing the growth rate they believe we may have avoided a worst case scenario, and say the end of this wave may now be in sight.

“It’s not hang on forever it really is on the matter of two or three weeks.” 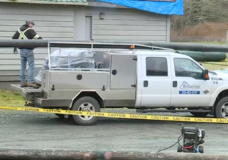 Tsunami surge believed to have damaged waterline in Ucluelet Harbour 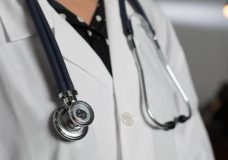