Omicron wave has likely peaked in B.C., but hospitalizations still on the rise: Henry

British Columbia is likely past the peak of the Omicron-fuelled fifth wave, but hospitalizations are continuing to rise, health officials said Friday.

B.C. Provincial Health Officer Dr. Bonnie Henry says data suggests that the province reached its peak for daily COVID-19 cases last weekend, and the curve appears to be bending back down.

“We think that we hit the peak of community transmission in British Columbia probably this past weekend. That is important,” Henry said.

While PCR tests aren’t providing an accurate case count because they’re not as widely available as they once were, the rolling average is providing a sense of the province’s trajectory, Henry said.

But at the same time, hospitalizations — which Henry calls the most important metric — are increasing, with a record-high 534 people in hospital as of Thursday.

However, modelling shows that hospital admissions are expected to peak in the next week with a lag time of about six to eight days after community transmissions.

“What we expect from this modeling, the trajectory that we’re seeing, is that our new admissions to hospital, on a daily basis are likely to peak between January 15 to 22,” Henry said.

B.C.’s trajectory is consistent with other major urban centres and countries where Omicron wave cases appear to be on the decline, she said.

The province has also been monitoring concentrations of the COVID virus in wastewater in Fraser Health and Vancouver Coastal Health, and Henry says the data collected from there reflects case counts – which is to say they peaked in early January, and have been declining.

The group most at risk of hospitalizations due to COVID-19 continues to be unvaccinated people, according to the province, especially when it comes to intensive care admissions.

Seventeen per cent of B.C.’s population remains unvaccinated, including the 0-4 age group that is not yet eligible for vaccinations, but 69 per cent of people admitted into ICUs for COVID-19 are unvaccinated.

The data released Friday also continues to show Omicron’s rapid surge to replace the Delta variant as the primary driver of infections.

During the briefing, Henry was asked about the current restrictions that in place which are set to lift on Tuesday, and she said the restrictions are currently being looked at, and an update will be coming on Tuesday.

The restrictions currently in place include gyms, fitness facilities, bars and nightclubs being required to be closed, limits on gatherings, and capacity limits in restaurants and pubs.

Henry said the requirement for all businesses to have a COVID safety plan in place will continue.

The updates comes a day after the province announced 2,554 new confirmed cases of COVID-19 with a record-high 534 people in hospital, with 102 of those patients in intensive care.

The new cases include 412 in Island Health, with 3,193 active cases in the health region.

There are 65 people in hospital in Island Health and nine in intensive care.

Authorities have cautioned that reported COVID-19 case numbers are very likely lower than the actual number of cases circulating due to PCR test backlogs.

New COVID-19 outbreaks were declared in Island Health at facilities Dufferin Place in Nanaimo and Beacon Hill Villa in Victoria, adding to the eight active healthcare outbreaks in the health authority. 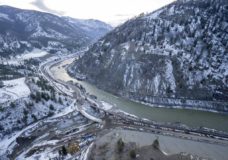 Section of Highway 1 in B.C. opens after November's record rainstorms 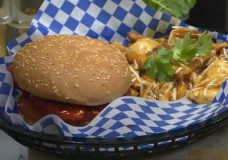 Order Up: Fern Cafe and Bakery