Tsunami surge believed to have damaged waterline in Ucluelet Harbour

Posted: Jan. 19, 2022 6:08PM
CHEK
WatchThe Ucluelet First Nation has declared a state of emergency after a waterline was damaged that supplies their potable water. Kendall Hanson has more.

The Ucluelet First Nation has declared a state of emergency after a waterline was damaged that supplies their potable water.

It’s believed the waterline to the first nation may have been damaged by Saturday’s tsunami surge before a barge caught it and pulled it, kinking it in the process.

The waterline spans roughly a half kilometre and normally runs from the District of Ucluelet to the Ucluelet First Nation.

It’s been pulled from the harbour as a crew works as fast as it can to fix it.

Ucluelet’s mayor believes it was initially damaged by the tsunami surge Saturday.

“There’s no other reason why that pipe would have risen,” said Mayco Noel, Ucluelet’s Mayor.

Then early Monday morning a tug pulling a log boom caught the waterline and dragged it.

The Ucluelet First Nation soon after turned off the water line to their reservoir but saltwater may have already entered it.

The First Nation declared a state of emergency and quickly bought up the bottled water available for sale.

“It’s quite expensive. The first day, I think we had probably eight to $10,000 worth of water delivered and then we at that same time secured water tankers to come in and start hauling water from the District of Ucluelet,” said Chuck McCarthy, president of the Ucluelet First Nation.

The First Nation has close to 250 people living on its Hitacu lands. It’s awaiting test results from its reservoir to see if it’s okay to drink.

For Anita and Tyson Touchie it’s been difficult not having water for drinking, washing or doing laundry for the seven living at their home.

“The first day that we were without water I had one five-gallon tank and I had a stack of dishes there and started to do the dishes and the water went down quite fast and I thought ‘oh this is going to be a challenge,'” said Anita Touchie.

Touchie said it’s been heartwarming how people and businesses in the community have rallied to help for example by providing showers.

Her husband, Tyson, said this experience has him wishing the First Nation would become self-sufficient for its own water.

“It makes me think about independent systems. I have friends that have rainfall catch systems,” said Tyson Touchie, who added the region’s rainy winters would make such a system much more viable.

But they say it’s made them more grateful for normally having drinking water when so many first nations in Canada do not.

Ucluelet’s mayor believes it may be another week before the water line is fixed and working again and he’s hoping senior governments may be willing to help fund a more secure water line to the first nation for the future. 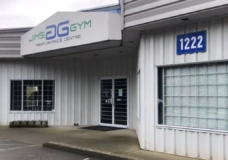 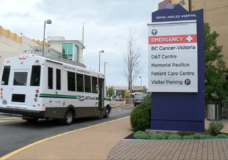