The area encompasses approximately 16.5 million hectares of land, extending west of the highest point on the Coast Mountain range from the Canada-U.S. border at Manning Park to the northern border of South Tweedsmuir Provincial Park. It also includes the Lower Mainland, Sunshine Coast, Vancouver Island, the Gulf Islands and Haida Gwaii.

“But that’s an evolving situation as we investigate the reports of fire,” Jakobsen said.

As of Monday afternoon, the number of new wildfires has increased, based on information on the BC Wildfire Service dashboard. On Vancouver Island, four are have confirmed to have been started by lightning. 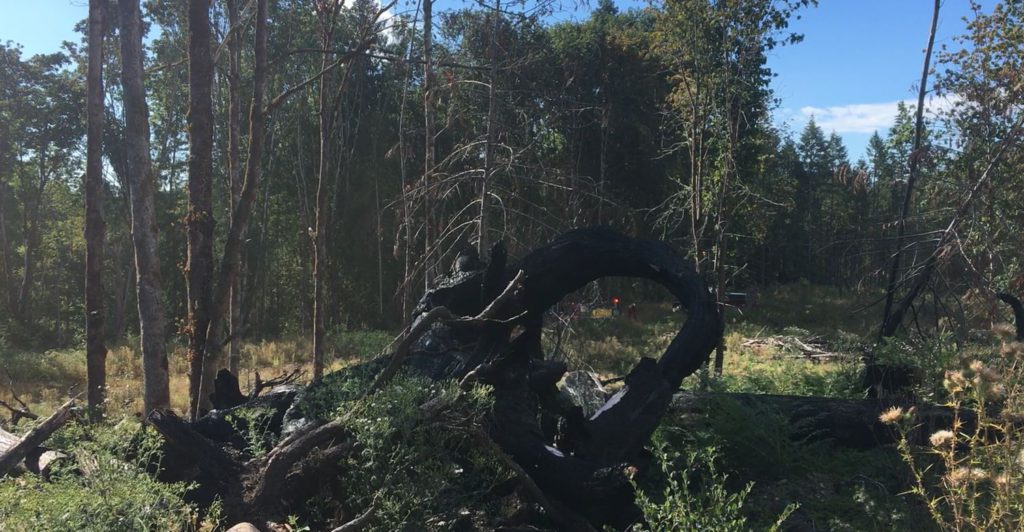 Jakobsen said BC Wildfire Service crews were aware that the lightning was coming and were ready for any potential new fires.

“They’re all being deployed to investigate various reports or fight known fires,” she said.

“And we also have helicopter patrols that the officers will be flying to investigate these reports of fire.”

Jakobsen said all the fires that have been observed have been small. She also said there are areas of southern Vancouver Island with a higher fire danger, with some extreme spots around Victoria.

“We are dry at the moment, not unusual for August. We are also expecting rain at the end of the week,” Jakobsen said.

A map from the BC Wildfire Service shows some of the wildfires sparked by lightning on Vancouver Island.

Also on Sunday, the North Oyster Volunteer Fire Department responded to a brush fire in the Ladysmith area. According to Fire Capt. Kris Hill, they then had around 50 calls about lightning-caused fires afterward.

“It was fork lightning all over the place and you could see it touching down from the sky to the ground,” Hill said.

“And with all the forks that were in the sky I knew that there was, unfortunately, going to be a couple of fires,” said Hill.

According to Jakobsen, there have not been many human-caused fires this year, but the BC Wildfire Service continues to remind the public to be careful when out in the wilderness.

A map of the affected areas under the prohibition is available online here.

This prohibition applies specifically to Category 2 and Category 3 open burning. A poster explaining the different categories of open burning is available online here. 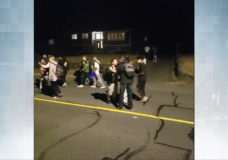 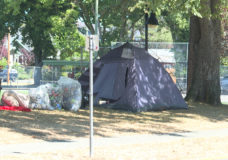