Posted: Aug. 17, 2020 5:54PM | Last Updated: Aug. 17, 2020 6:31PM
CHEK
WatchIt's become the disturbing trend of the summer: mass gatherings of young people in the midst of the COVID-19 pandemic. This weekend was no different here on Vancouver Island, and that has one mayor fuming. Ben Nesbit has more.

Saanich police are investigating and the mayor is speaking out after a mass gathering of young people on Aug. 14.

Saanich police say they were dispatched at 10:51 p.m. to attend the 4100 block of Carey Road for a report of a group of 20 to 30 people making noise behind Northridge Elementary School.

At 11 p.m. additional calls were received that the group was now in the streets, and had grown to over 100 people.

Cst. Markus Anastasiades, public information and communications officer with Saanich police said these types of gatherings are not uncommon in the summer months, but some of the teens’ actions were out of the ordinary.

“The behaviour was aggressive, potentially weapons were involved and they were doing some damage to the property and those are aspects that we don’t see normally at these large group gatherings,” he said.

According to police over 10 nearby residents made 911 calls as the teens became verbally aggressive and began damaging property. No fines or arrests were made, but police will continue to investigate reports that a knife of baton was brandished.

In the recording, some of the youth can be heard yelling “Record me, record me f****t, record me b***h.”

Saanich Mayor Fred Haynes was shocked after seeing the video for the first time Monday.

“I’m totally shocked. And for the first time as mayor of Saanich ,I’m seriously disappointed in the behaviour of some of our residents. That 100 youths or so would gather in a time of COVID by itself is reprehensible.” Haynes said.

Saanich police are calling for parents to speak to their kids about accountability.

“Perhaps this is the time for parents to sit down with their youth tonight maybe at dinner and have a conversation about their important role in public safety and the safety of everybody in the community.” Said Anastasiades.

Police are also asking any nearby residents to provide a statement. 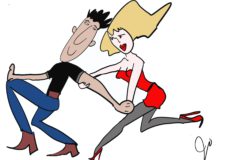 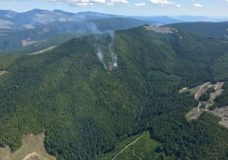