Saanich residents are concerned about a large gathering of youth in the Panama Flats neighbourhood on Friday night.

Residents said the group was behind the school at first, being a little noisy but not causing a large disturbance. When they walked over the school hill and onto the street, however, the trouble began.

“It looked like the front end of the Walking Dead with them all coming pouring over the hill,” said Kevin Murray, who was watching the group from his driveway. “They basically took over the street and the area here… all about 16, all clearly intoxicated.”

One resident, who didn’t want to disclose his name out of concern for his safety, filmed a video of the gathering. In the recording, some of the youth can be heard yelling “Record me, record me f****t, record me b***h.”

“I looked and people were partying around here, smashing beer bottles, smashing beer cans,” said the resident who recorded the video. “My mailbox is gone as well, [after] being kicked around on the street.”

“They just came and pulled up a baton and knife to one of my neighbours on the street and a full group just started to come at us,” he said.

Murray had called the non-emergency line three times up to that point and when the group crossed over the hill into the street, he called 911. Other neighbours also phoned the police, including one woman who wanted to remain anonymous.

“One of the neighbours was crying on the phone to the police saying you need to come right now . . . we’re getting harassed right now, there’s like a hundred kids coming at us, one with weapons,” she said.

At one point during the situation, the woman added, she and a few other neighbours saw a police cruiser drive by without stopping.

Neighbours said Saanich police didn’t show up for about another 40 minutes. When they did, residents said the officers weren’t fully aware of what had happened.

“They indicated to us that they had no awareness of there being weapons and threats to my neighbours via E-Comm,” explained Murray.

However, not all the residents who saw the teens say the encounter was troubling. Sarah Wakefield, who lives on Carey Road and saw the teenagers, told CHEK the teens were loud but generally well behaved as she didn’t see acts of vandalism or violence.

E-Comm 911 is a dispatcher agency that takes emergency calls for police, fire and ambulance services.

“There’s an issue with . . . the amount of information that is relayed from E-Comm to the officers,” Murray said. “Four to five people sitting in their driveways and 90 youth, some of which had weapons, were threatening them. And the police didn’t have the information they needed to get here.”

Saanich Police were unable to provide a comment to CHEK News on Sunday but noted there was a potential delay in communication with E-Comm services Friday night. Saanich PD will be providing more information on Monday. 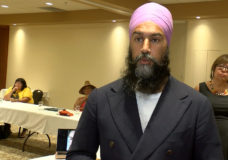 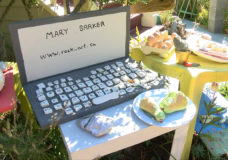