WARNING: This story contains graphic content related to violence and abuse, and may be disturbing to some readers.

A memorial honouring Indigenous children hangs on the fence guarding the former site of the Nanaimo Indian hospital. The hospital, run by the federal government, was in operation from 1946 to 1967.

Melven Jones was sent there for unknown reasons at six years old after spending two weeks at the Alberni residential school. He remained at the hospital for two years. He says he was the subject of medical experiments, including an attempt to force him to forget his native language.

“Every day I got strapped down and got these electrodes into my head and for a good year I had the shock treatment,” Jones said.

The 29 Indian hospitals in Canada were supposed to be for Indigenous patients with tuberculosis but survivors say the truth is much darker, recounting stories of medical experimentation, starvation, and physical and sexual abuse.

He says one day he saw his closest friend George being taken away by medical staff, never to return. He believes he may be one of many children buried on the property, unmarked and forgotten.

“He still is my brother and I miss him dearly, we were inseparable, the two of us,” Jones said. “I cry for George, I cried for me being on a gurney and getting the shock treatments and screaming away, I wake up in cold sweats.”

Vancouver Island and some remote surrounding islands were also home to more than 20 Indian Day Schools. Although children there got to go home at night, they didn’t escape the abuse and violence.

“I couldn’t tell you how many times I got beaten because it was all the time,” said survivor Angel Sampson.

Sampson attended the Tsartlip Day School, run by the Catholic church. She says not only was she beaten physically, once so bad she was knocked unconscious, but says she experienced continuous sexual abuse as well.

“I was crying already when that doctor did that to me but when I knew what he was doing to the boys too I didn’t want to be in school anymore,” said Sampson.

She also says one nun took groups out to the forest and forced them to perform sexual acts.

“She would take us and she would teach us how to have sex when we were six and seven, ya, groups of us,” she said.

The small schoolhouse where she went to class still stands, a constant reminder of her trauma.

While the Nanaimo Indian hospital is gone the memories of what happened behind its walls have left Melven Jones struggling with depression and constant nightmares. Sharing his story helps with healing.

“It only gets better when it’s out in the open, don’t keep it bottled inside,” he said, encouraging other survivors to seek counselling like he has.

This is part three of a four-part series taking a closer look at the history of residential schools on Vancouver Island. 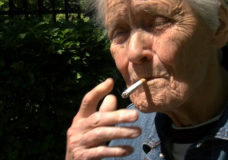 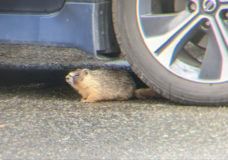 'It's an unusual creature': Sightings of Yellow-bellied marmot spark hunt in Nanaimo