March 28, 2021 updated
CHEK
Watch Hundreds gather in Victoria to protest old-growth forest logging, but the potential loss of jobs is causing concern for those in the forestry industry.

Hundreds gathered on Saturday at the B.C. Legislature to protest the logging of old-growth forests.

“At the rate of logging in British Columbia, there will be no old-growth forests left in three years,” said event organizer Bobby Arbess. “We can’t wait for them to deliver their policy and legislation in three years, we need action now.”

Many protesters attending are frustrated with the lack of action from John Horgan and his NDP government.

“As an NDP voter I’m pretty disappointed that they would do this,” said demonstrator Lina Clevenger. “A lot of the reason I voted for them was their promises to be environmentally conscious and it’s pretty disappointing.”

Arbess, who is also part of the Rainforest Flying Club, says they are protesting because the Premier hasn’t made quick enough action to save the ancient trees.

“People are facing arrest, are potentially facing jail time and kind of putting their bodies on the line, to do what he promised to do which is to protect these forests,” said Arbess.

The organizer is referencing the protesters near Fairy Creek in Port Renfrew, who have been blocking logging company Teal Jones from building roads into new logging sites.

The company has filed an injunction to remove the demonstrators. The Supreme Court was supposed to decide earlier this week, but deferred the decision to April 1.

While hundreds showed up on Saturday to protest old-growth forest logging, there are thousands of forestry workers worried about their jobs.

“There’s 40,000 direct employees in the forest industry, 120,000 when you consider all the indirect jobs and about $14 billion towards the economy in B.C.,” said Bob Brash, executive director of the Truck Loggers Association.

“Whether you’re on the environmental side, or the industry side, I think we all agree we want some sort of investment in forestry resource in BC. There would be a challenge there in replacing those jobs with something and frankly, I don’t know how they would go about doing that in certain locations.”

According to Brash, the definition of old-growth forests varies depending on who you talk to.

The Ministry of Forests says it’s working towards a solution, telling CHEK News in  a statement that “There is a better way for B.C. to manage old-growth forests and our government will work collaboratively with all our partners to do this.”

Until then, the debate continues. 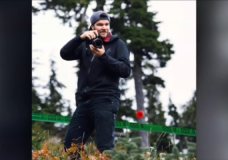 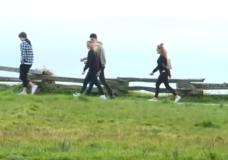