March 5, 2021 updated
CHEK News.
Dozens took to the steps of the Victoria courthouse as an injunction hearing against Fairy Creek blockades was held in Vancouver. March 4, 2021.

Opposition to an old-growth logging operation near Port Renfrew descended on the Victoria courthouse Thursday morning.

Protesters took to the steps outside the building while meanwhile, in a Vancouver courtroom, a judge heard an injunction application against a blockade leading to Fairy Creek from logging company Teal-Jones.

Teal-Jones’ application asks a judge to authorize the RCMP to use force to remove and dismantle the blockades, which have been organized in part by members of the Pacheedaht First Nation. The band’s traditional unceded territory includes the land the Fairy Creek watershed is located on.

“I’m helping them save what old-growth we have left, to preserve it for our future, for the world to see,” William Jones, an elder of Pacheedaht First Nation, told CHEK News at one of the blockades on Wednesday.

“It’s the last of a very unique ecosystem that has been plundered over the last 150 years or so.”

He said the old-growth trees are culturally significant because Indigenous people look to them as spiritual markers.

In court Monday, those representing the group staging the blockades argued for a three-week adjournment to the hearing because they just hired lawyers who began Feb. 22.

Teal-Jones argued they would be losing time and money if they were to take a three-week break from the operation, and that the next three weeks are critical for road-building. The company also argued that protesters have had time to get organizers, starting a GoFundMe that has since raised more than $100,000.

Environmentalists in court argued that it’s in the public interest to delay the hearing so they have time to study issues they’ll raise in court.

In the end, a judge approved the request for adjournment. Both parties will be back in court to hear the injunction application on March 24-25.

There have been other protests linked to Fairy Creek, including one nearly two weeks ago that took place outside of Premier John Horgan’s MLA office in Langford.

With files from Mary Griffin 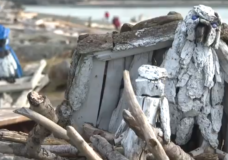 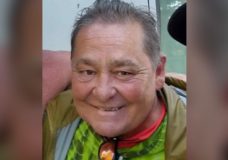