March 5, 2021 updated
CHEK
An image of Mike Lockhart, a 60-year-old man that perished in a camper van fire in Beacon Hill Park.

A 60-year-old man is dead after flames tore through a camper van parked in a lot at Beacon Hill Park early Thursday morning.

In a news release, Victoria police said they were called to the Circle Drive parking lot just after 8 a.m.

Police said one person died as a result of the fire and the Major Crimes Unit and forensic investigators were on scene. 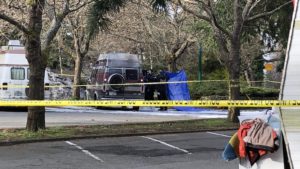 The family has since identified the deceased man as 60-year-old Mike Lockhart.

He said he’s not exactly sure what happened inside the van.

“He was probably trying to keep himself warm and fell asleep,” said Ryan. “He was really trying hard to get his life back in order. He just started his union pensions, he’s been a rigger for years and years.”

60 year old Mike Lockhart has been identified by family as the man who died in the early morning van fire at Beacon Hill Park. @CHEK_News (Courtesy: Ryan Lockhart) pic.twitter.com/cwkNIkkkUu

Those who knew Lockhart were in shock on Thursday.

“I can’t even handle it right now, I don’t even know what to do, or what to say,” said Nikki Skjonsby.

The emotion could be seen on the face of fellow campers having lost a friend they referred to as their ‘night watchman.’

“He was an honest dependable man that you could trust and he had your back,” added William McDougall, a friend of Lockhart.

The BC Coroners Service also arrived on scene to investigate shortly after 9 a.m.

Authorities confirmed the fire was out just before 9 a.m.

A video posted to Twitter shows white smoke rising from the van, parked in a lot on Circle Drive.

Vic Fire Dept responding to a camper van fire a few minutes ago in Beacon Hill Park. Let’s pray no one was injured. pic.twitter.com/Xv5aWSsNSA

It’s the second death in the popular park in just two days. On Wednesday,  police investigated what they called a “sudden death” on the south side of the park just after 6 a.m.

CPR was provided to an unresponsive woman, but she was later confirmed dead. 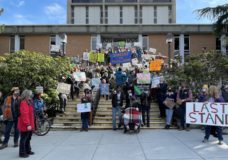 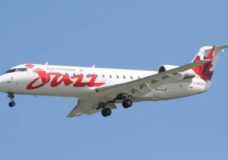 COVID-19 exposure on Feb. 28 flight from Vancouver to Victoria