Duncan brothers’ motive could be difficult to uncover in Saanich shootout: experts

Following last week’s deadly shooting at a BMO Bank in Saanich, authorities have not revealed an official motive of why the deceased shooters targeted that building, and some experts say finding a reason will be difficult.

The botched bank robbery happened last Tuesday, leaving behind six officers injured, three of whom remain in the hospital. Saanich Police say an update on the conditions and the names of the officers injured from their department will be given at a press conference on Tuesday, July 5.

During a press conference on July 2, the BC RCMP named the deceased shooters as twin brothers Isaac and Mathew Auchterlonie of Duncan. CHEK News confirmed with former classmates that the 22-year old brothers are part of triplets and are survived by a sister.

Verified posts on Isaac’s Instagram page showed multiple images and videos of the brothers firing weapons, anti-government language, and footage from a deadly shootout that took place in North Hollywood, California in 1997.

A post of a certificate for completing a Soldier for a Day program belonging to Isaac has also been confirmed by the Department of National Defence. However, the department says the brothers weren’t ever part of the Canadian Armed Forces.

“It’s a tendency for us to find one particular reason why someone would do something like that, but in reality, there’s many different types of influences,” said Sukhawathanakul.

The professor, who specializes in social and emotional development in children, says the answer is multi-layered with factors such as their upbringing, immediate social environments, and how they challenge viewpoints needing to be considered.

“If you are exposed to one ideology that limits you to a particular viewpoint, then it can be challenging for them to consider multiple viewpoints, especially if there aren’t many support systems around to help you understand,” said the professor.

She says as children grow into young adulthood they begin to question societal views and rules, seeking out answers elsewhere. Authority is one area that young adults start to challenge.

“Individuals also have a tendency want to belong in a particular group and who have common understand common perspectives,” said Sukhawathanakul. “In terms of being in a more extremists group, they might choose to affiliate with more views if it aligns with how they’ve been socialized or aligns with their common interests,”

Brad Galloway, a case worker for the Edmonton-based Organization for the Prevention of Violence’s EVOLVE program, helps with intervening with people who have been involved with extremists groups and are trying to leave.

He says that research shows that age range of members involved in right-wing and extremists groups has gone up, but in recent incidents, more involved younger adults.

Multiple risk factors are assessed with each person, but Galloway says a pattern is needed before intervening.

“If you’re just part of a gun club…that’s your hobby, to go to the gun range or whatever, that is not necessarily a risk factor on its own,” said Galloway. “But when you add in this so-called ‘patriot idea’ and then anti-government, anti-Trudeau stuff, if you add in all these rhetorics, that stuff together, this definitely put a different classification on the risk.”

Police have not confirmed the weapons used in the incident, but gun experts say the magazines holding the bullets were likely illegal. 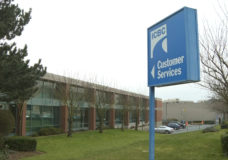 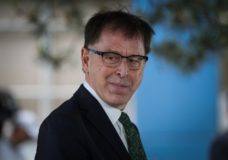 Booster shots for COVID-19 to open up for more B.C. residents this fall