‘I was speechless’: Former classmate of Saanich bank shooters speaks out

A former high school classmate of Isaac and Mathew Auctherlonie, the suspected shooters in last week’s armed robbery in Saanich, says she was shocked to hear that the twin brothers were involved.

On Saturday, the BC RCMP named the 22-year-old Duncan brothers as the two deceased shooters from Tuesday’s deadly incident.

CHEK News spoke to one former classmate of the twin brothers on the condition of anonymity. The woman says she had classes with the brothers and was in their graduating class. She described the two as ‘very shy.’

“They tended to just keep to themselves and not really mingle that much. I think in the later years of high school they did branch out a little bit more and make a couple of friends,” said the woman.

The woman was nearby as the events unfolded on Tuesday and felt shocked after learning that the Auctherlonie brothers were responsible.

“It felt like very, quite literally, close to home because what are the chances that it happens so close to my home and then I actually know the people,” said the woman.

She tells CHEK News that she wasn’t close with the two and that the brothers mostly kept to themselves, adding that she didn’t keep in contact with them post-graduation.

The woman tells CHEK News that though the brothers have been reported as twins, they are triplets and are survived by their sister.

After learning about the shooting, the former classmate began to retrace her experiences with them in high school.

“When I had thought back in retrospect, it was a little bit more unsurprising. Just because they kinda, almost had the mannerisms, of, you know the stereotypical shooter in the U.S.,” said the former classmate.

A YouTube video was sent to CHEK News showcasing one of the brother’s Instagram page before it was taken down. In the video, Isaac’s page showed footage of the two firing weapons into fields, anti-government messages, and messages against Prime Minister Justin Trudeau.

BC RCMP say there’s no evidence to show that the two were part of any crime or extremists organizations, but they are continuing to examine the possibility.

Police are also searching for a motive into the incident.

Six officers were injured, three of whom remain in hospital. Authorities say two of the officers remaining in hospital are from Saanich Police and the third is from Victoria Police.

Police say the brothers weren’t known to them or had a criminal record. 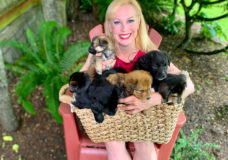 Pet CHEK: Seven of the 14 puppies of the 'Grey's Anatomy Litter' 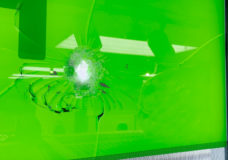