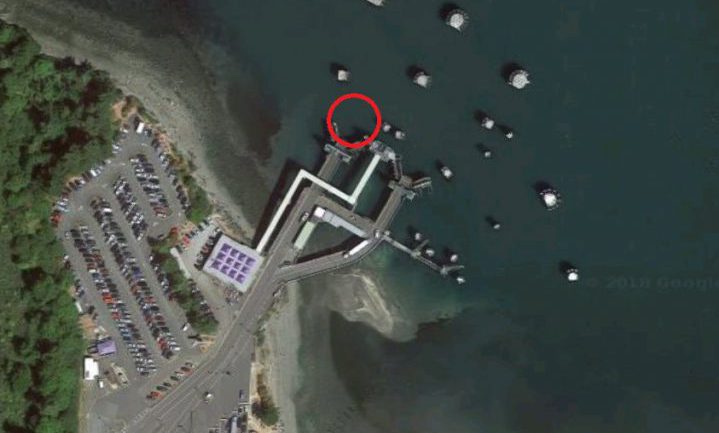 Washington State Ferries suspended all service to and from the Anacortes terminal after a vehicle broke through a barrier and plunged into the water. Photo courtesy Twitter.

One woman is dead after her Jeep Cherokee broke through a barrier and plunged into the water at the Anacortes ferry terminal Thursday morning.

Washington State Department of Transportation says all service in and out of the Anacortes terminal was suspended for hours during the recovery effort. The vehicle went into the water at around 9:30 a.m. and the car was recovered at around 2 p.m. Washington State Patrol said one woman was found dead in the Jeep.

All service in & out of #Anacortes terminal suspended due to emergency search and rescue incident. Expect cancellations & delays on #SanJuanIslands routes until further notice.

The Jeep broke through the crossing arms before driving into the water pic.twitter.com/kcdF2ODJzN

Delay travel to #Anacortes terminal, which remains closed due to ongoing emergency incident. #SanJuanIslands, hang in there, we're working to resume service as soon as possible.

SkyKING is over the Anacortes ferry terminal. A water rescue is underway for a vehicle that drove off the ferry dock and into the water. More >>>> https://t.co/xQqjFySdig pic.twitter.com/wdwgA37tkI

Several agencies responded to the situation, including a border patrol dive team.

The Anacortes Ferry route to Sidney is currently out of service for the winter months.

It will resume service to Sidney on April 1.

With files from NBC King 5. 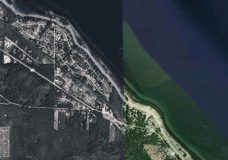