RCMP says a youth, who can’t be named under the Youth Criminal Justice Act, has been charged with aggravated assault following a stabbing on a trail near Journey Middle School in Sooke on April 14.

News of the charges comes the same week several disturbing teen assaults on the Lower Mainland have made headlines. One disturbing video posted online shows a 15-year-old girl in Surrey being chased and viciously attacked while pleading with the mob to stop.

A rising number of violent teen incidents has prompted Vancouver Police to issue a statement noting a “concerning trend of teenagers swarming, assaulting, and videotaping their peers in humiliating and demeaning bullying rituals.”

“A number of teens have already been hurt, and we’re worried the violence will further escalate,” says Sergeant Steve Addison, adding that police believe many youth crimes still go unreported.

One psychologist says these recent incidents show a level of violence that hasn’t been seen so frequently in decades.

“20 years ago there was some really nasty violence, kids ended up with head injuries, neurological damage, of course, Reena Virk died at the hands of her peers,” said UVic psychology professor Bonnie Leadbeater.

And Leadbeater says the reason for the resurgence of these swarming attacks may be linked, in part, to the pandemic.

“I think the pandemic sort of allowed also a period when we weren’t identifying youth at risk for aggression and it does make a difference, this might have seen earlier, stopped earlier.”

She says these incidents can be a conversation starter for parents to talk to their kids and ask questions to see what they would do in a similar situation.

The Sooke stabbing suspect’s next court appearance is at Western Community Courthouse on June 8th. 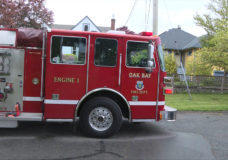 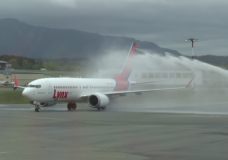