Family members of a Sooke youth who was stabbed near a local middle school last week want to respond with positivity in the wake of the incident.

Police were called to a wooded trail near the end of Throup Road, near Journey Middle School, around 3:30 p.m. Thursday for a report of a stabbing.

They arrived to discover a youth suffering from “significant” stabbing injuries and paramedics transported the victim to hospital.

A second youth was taken into custody without incident.

In an update on Facebook, the victim’s stepfather said he was “free and clear” from the hospital.

The youth’s physical injuries are healing, “in great part from the [excellent] care given from the bystander who came to the aid of the badly wounded child, to the dispacher, the first responders, RCMP, and the lovely professionals at the Victoria General Hospital,” wrote Tim Baillie.

Baillie has since launched a Facebook fundraiser to donate money to a “positive, restorative project, event, or program” in an effort to have some good come out of the harrowing incident.

“Let’s make sure the victim, as well as the perpetrator of the stabbing get the counseling and other support they will need. These are children. They and their families will need help,” he said.

“We can use that money, the $10.000 that I’m trying to raise for third party mediation or an initiative for an after school program or a way for these two boys to come together.”

Sooke RCMP continue to investigate the stabbing and said it appeared to be an isolated incident with no risk to the public.

In a statement sent to CHEK News Tuesday, the Sooke School District said it has activated its Critical Incident Response and Violence Threat Risk Assessment teams. They will be on hand to support staff and students over the coming days and weeks. 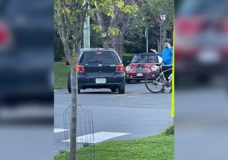 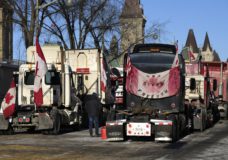