WATCH: A 10-year UVic study says that youth who use cannabis may be more likely to have poor health and more debt. Isabelle Raghem reports.

With Canada on the brink of legalizing recreational marijuana, new findings by University of Victoria psychologist Bonnie Leadbeater have identified specific patterns of cannabis use by youth.

“Our hope is that this work sheds light on how young Canadians use cannabis across adolescence and young adulthood,? says Leadbeater, who participated in the studies conducted with three other researchers. “We now understand better what predicts different patterns of use and how these patterns contribute to mental health and well-being of youth.”

The four researchers examined data from an earlier Victoria Healthy Youth Survey, a longitudinal study led by Leadbeater and conducted by UVic and Island Health.

That study spanned a decade (2003-2013) of repeat interviews with 662 young people from Greater Victoria as a random sample of a cohort from ages 12 to 18.

The legalization of cannabis has some health researchers concerned the youth population will have an easier time accessing the product leading to high-risk behavior.

The study says that risky patterns of use are associated with poorer health outcomes, substance use disorders, mental health and behavior problems, as well as lower levels of education and employment outcomes.

The two new studies have identified five patterns of cannabis use: youth who abstained (29 per cent), occasional users (27 per cent), decreasers (14 per cent), increasers (20 per cent) and chronic users (11 per cent).

“it’s a group that is really struggling,” Leadbeater said

The study followed nearly 700 teens from the capital region over a span of ten years ? the first long-term marijuana study of it’s kind.

“We looked at the different patterns of using marijuana that these youth reported to us,” she said.

They identified five types of users; the largest groups being abstainers, and occasional users. but the most worrisome findings came from the eleven percent who started early and use often.

“They had more debt, they have more hard time paying bills, paying medical bills” she said.

The teens were also three times more likely to only have a high school education.

“One in ten even is really problematic because this is a time when you’re really trying to prepare themselves to be an adult,” she said.

The findings come the same week the senate passed the historic bill to legalize recreational marijuana use ? a dozen amendments still need to be approved by MP’s before it’s a done deal.

“If we’re going to produce these psychotropic drugs and disseminate them, we do have a responsibility to these warnings.” said Leadbeater

The UVic researcher says now is the time for the government to take steps to protect vulnerable youth from the dangers of the drug. 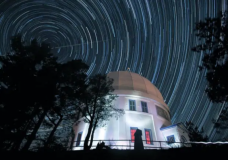