April 25, 2020 updated
CHEK
WatchA disturbing rash of elk poachings in the Cowichan Valley since the pandemic began has conservation officers and local residents on alert and concerned. As Skye Ryan reports, the attacks on elk are hitting home in the small community of Youbou where a herd makes its home, and locals consider them residents and neighbours.

Ray Chenard was on the lookout Friday, worried about the safety of neighbours.

The elk that share the picturesque lakefront town of Youbou have become the target of poachers.

“The elk are kind of everybody’s pets around here,” said Ray Chenard, who retired in Yobou in 2017.

A herd of about 25 Roosevelt elk, which is a threatened species due to habitat loss, are now watched over and protected by the people whose properties they keep mowed.

“It’s like having your own personal zoo,” said Chenard.

A spike in poachings coinciding with the ongoing COVID-19 pandemic has the community on alert.

“Not everybody plays on the same team,” said Youbou resident Allen Piatkowski.

A total of 15 elk have been killed in the Cowichan Valley in the last month alone. Three of those elk were in the Youbou area.

“There has to be another way,” said Piatkowski about getting meat.

BC Conservation Officers suspect there may be many more elk who have been killed but whose carcasses that haven’t been found.

“A lot of them you hear that they just shoot them and leave them there,” said Chenard. 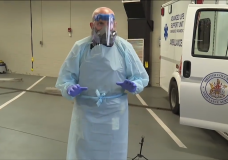 'We're here, we've got you:' Paramedics hold strong in face of pandemic 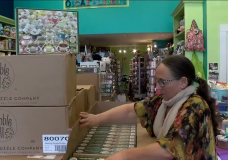