April 25, 2020 updated
CHEK
WatchRent is due at the end of the month for thousands of businesses on Vancouver Island. The reality is many don't have it, or all of it. But a new program announced today by the federal government offers relief. Mary Griffin reports.

Thanks to its new website, business is slowly picking up at Oscar and Libby’s Gift Store on Fort Street in Victoria.

“We were super fortunate in that a local tech firm, Pixel Union, reached out to us fairly quickly after we shut our doors and offered their services,” Hustins said.

“Having to pay full rent right now is an incredible burden for us,” Hustins said.

Since the pandemic,the business has lost tens of thousands of dollars.

But now Ottawa may be throwing them a lifeline.  Prime Minister Justin Trudeau announced the new Canada Emergency Commercial Rent Assistance program this morning in Ottawa.

“We’ve reached agreements with all provinces, and territories to lower rent by 75% for small businesses that have been strongly affected by COVID-19 for April, May, and June. The government will cover 50% of that reduction with the property owner covering the rest,” Trudeau said.

“It’s a relief to us to see that over the next 90 days we’re going to get a little bit of a break as hopefully, as our world, starts to open up, Jason Giesbrecht said.

Giesbrecht opened The Golf Performance Project in Saanich six months ago. Business was good and picking up until the beginning of March. He’s already had discussions with his landlord and feels hopeful.

“In that conversation, it was clear that they are prepared to work with us within the terms that have been set out,” Giesbrecht said.

“April first was a real tough day for many businesses, and May first was going to be the next very big bad day if we didn’t get some help with rent,” Holt said.

Hustins said with rent day looming for her three locations, the timing of Friday’s announcement could not have been better.

“When I heard that announcement, I was just flooded with relief,” Hustins said. 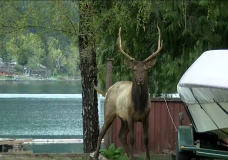 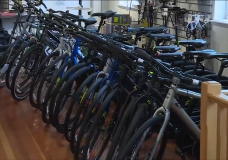