Posted: Mar. 27, 2020 6:11PM | Last Updated: Mar. 27, 2020 6:21PM
CHEK
WatchOttawa is now offering more help to small and mid-sized businesses so they can keep employees on the books through the current shutdown. And as Mary Griffin reports, business owners say it is exactly what they need right now.

Gayle Robinson hangs up a jacket on full racks on Friday.

She is the only person in her store, Robinson’s Outdoor Store.

The staff is laid off and for the first time its 91 year history, its doors are shut.

“We closed on March 17th. And that’s the hardest thing I’ve ever had to do is close this store,” Robinson said.

The news that there is significant federal help for small and medium-sized businesses such as hers is a relief.

On Friday, the federal government announced a new assistance plan. Ottawa will provide subsidies to small and medium-sized businesses to help keep employees on the books through the current crisis.

“We’re helping companies keep people on the payroll so workers are supported and the economy is positioned to recover from this,” Trudeau said.

“This means people will continue to be paid even though their employer has had to slow down or stop its operations because of COVID-19. We’re helping companies keep people on the payroll so workers are supported and the economy is positioned to recover from this.”

The first $10,000 of the loan is forgivable. The value of the total package is $25 billion.  And Ottawa is deferring GST, HST payments, and taxes and duties for imports until June 1.

“The 75 per cent subsidy is a game-changer,” the CEO of the Greater Victoria Chamber of Commerce Catherine Holt said this is what businesses need.

“I know a lot of employers have been hanging on, hoping for help that would allow them to keep their employees and I’m assuming this will change that.”

“I was thrilled, obviously, as a small business owner to hear that there is going to be more cash for us to access,” Hustins said.   Her stores are full of inventory from a recent buying trip.  The stock arrived after March 16, the day she and her husband closed the businesses.  It was too late to cancel the order and too late to have the orders held. She says the measures announced today will help so her business has a future.  ”

I’m not sure what it’ll look like when we open our doors. But we’re pretty focused and determined to get through this together,” Hustins said.

The federal government said more information about wage subsidies will be released by the end of the month. 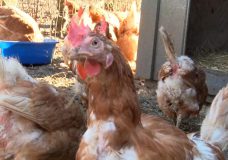 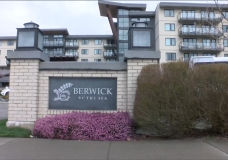