The West Shore RCMP isn’t normally in charge of saving baby animals, but when no one else is available, officers readily step up to the plate.

Which is what they did on February 3 at around 10:30 p.m., when the West Shore RCMP received a call of a fawn that was stuck in a wrought iron gate at a residential property on Porcher Place in Colwood.

When officers arrived they saw the fawn frantically struggling to get out of the fence while mother deer watched nearby.

Needing some strong tools, officers called upon Colwood Fire and Rescue who used hydraulic spreaders to bend the fence and free the deer.

You can watch the RCMP free the deer in the video below:

“Generally, animal complaints of this nature would go to Conservation officers, however, when they are not available police will step in and address the complaint,” said Cst. Nancy Saggar West Shore RCMP Media Relations Officer.

“We are happy to report the fawn was freed and reunited with its mother. The homeowners were very understanding and gave permission to manipulate the fence as required but Colwood Fire and Rescue was able to restore the fence to near original state.” 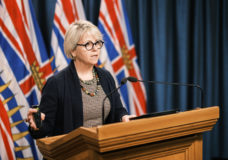 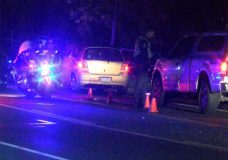