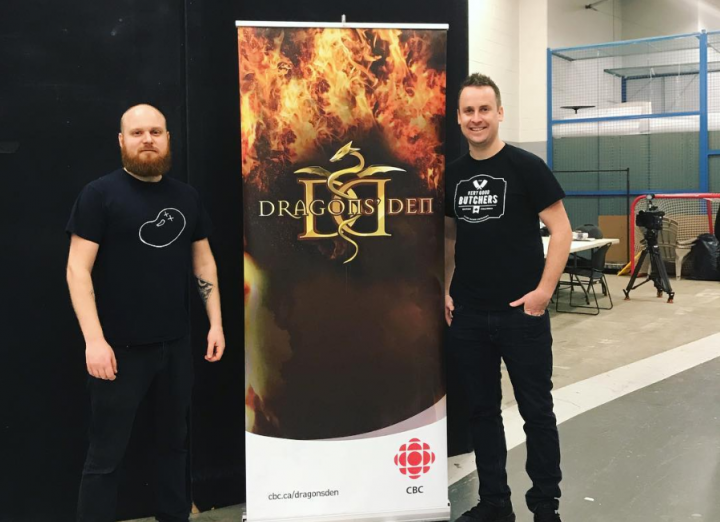 The Very Good Butchers co-owner James Davison (Left) and co-owner Mitchell Scott (right) in Toronto for the filming of a Dragons’ Den episode.

The reality show is where aspiring entrepreneurs pitch their business concepts and products to a panel of Canadian business moguls, and possibly receive an investment.

The store is a spin on a traditional butcher shop, but instead, only vegan products are sold in a deli-style environment or as a sit-down meal.

Since opening, they have experienced an increase in interest and sales.

“We had 1,000 people show up on opening day. We actually had to shut down for a week to re-stock everything,” said co-founder Mitchell Scott.

“We’ve now done over a million dollars in sales, and that is while being production-limited, selling out regularly and not having enough for grocery stores and restaurants.”

Although he cannot discuss the outcome of their pitch on the show, Scott says it was a great experience.

“We definitely had some jitters [going in] but once we got in there we got into our rhythm and our nerves disappeared,” he said.

The episode will most likely be featured in the next season of the show — set to premiere sometime in fall 2018.

Scott says the first audition was held in Victoria in March, and that they were one of the few companies across Canada selected to head to Toronto.

The company says they spend very little on marketing and that quite a bit of their success comes from word of mouth and coverage on social media.

A Vancouver based vegan news and media company “LIVEKINDLY” has over 500,000 followers on Facebook and recently shared a video about The Very Good Butchers, showcasing their new monthly “meat” delivery program.

A San Fransisco based major vegan magazine VegNews also published an article on the company.

The business started on Denman Island, and after great success locally, they moved down to Victoria and opened their first shop in 2017.

“There are huge amounts of benefits [of veganism] from health to environmental to ethical… our approach is to provide options and show that veganism is approachable and delicious,” added Scott.

Their plant-based products include vegan burgers, ribs, cheeses, butters and sausages — all made from ingredients like beans and cashews. 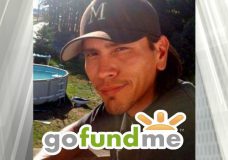 One man sent to hospital after stabbing in Victoria