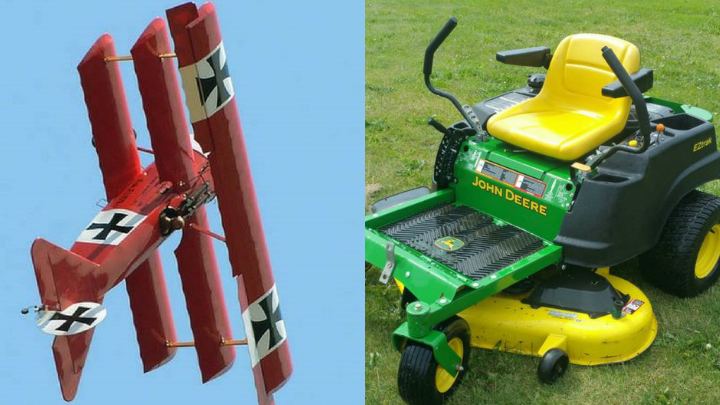 The alleged stolen items from the VRCMS, following the break-in at their flying field on Lochside Drive.

The Victoria Radio Controlled Modelers Society (VRCMS) is asking the public for help following a break-in at their flying field on Lochside Drive.

The break-in was discovered on Saturday around 12 p.m. after club members arrived and found both the gate and one of the storage containers had been broken into.

The club says replacing the lawnmower could cost more than $5,000 and the Triplane is valued at around $1,000.

The incident has been reported to Central Saanich Police.

In a Facebook post, the club asked the community to keep an eye out for the missing items.

“We think someone took bolt cutters and cut the lock off our main gate, and then drove a vehicle in with a trailer because you wouldn’t be able to put this lawn mower in the back of a pickup,” said Ryan Cartmell, president of the VRCMS. “We had five locks on [the storage container], most of them were padlocks on it so they can be easily cut off… but we had one of those very industrial locks… and they must have spent some time drilling that out with a special drill bit.”

He added that the break-in could have taken place in the last seven to ten days, as members did not use the field recently due to poor weather. 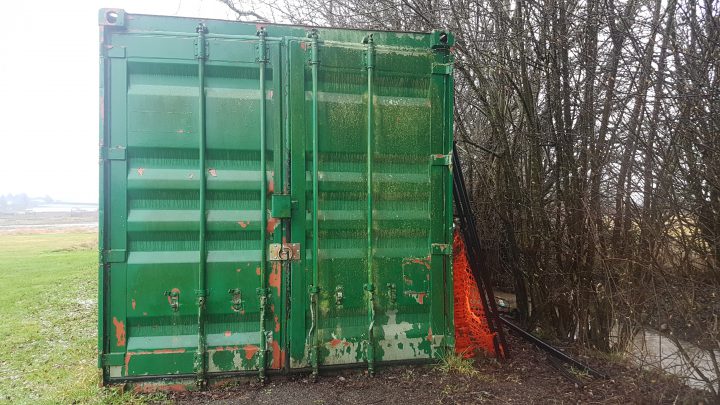 The storage container that was allegedly broken into. Photo courtesy of VRMCS

The society hosts “Victoria’s Largest Little Airshow”, an event that many enthusiasts and families attend during the summer. It showcases remote-controlled aircraft of many types from modern jet fighters to old First World War aircraft, like the stolen Fokker Tri-plane.

The last air show generated over $26,000, all donated to C-FAX Santa’s Anonymous. The total amount donated over the years to local charities is $289,000.

The chair for the airshow, Jack Price, says its quite the hit for the club.

“We are a small club with only 55 members… It’s nasty, why would anyone do that to a club that tries to give back to the community so much,” said Price.

He adds that this incident will not put future airshows in jeopardy. 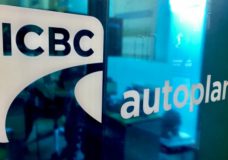 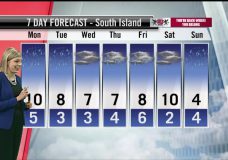 150 mm of rain possible for parts of Island by Tuesday