Posted: Aug. 6, 2021 6:24PM
CHEK
WatchCanada's land borders are set to open up to Americans on Monday, and local hotels are already seeing a small uptick in reservations.

Hotels on the Island are hoping for a boost in U.S. bookings in the coming months, but a border strike could cause issues.

With Canada set to welcome fully-vaccinated travellers from the U.S. on Monday, Hotel Grand Pacific now has a total of 60 bookings from American tourists for August and September.

He suspects low rates of vaccinations in the U.S. are to blame for the low amount of travellers, along with the threat of a Canadian border strike.

According to the union representing border agents, negotiations are ongoing and they’re asking for better pay, stronger protection against harassment and discrimination.

As a result of the strike action, the union is warning of possible lineups at land borders and delays at airports.

Another large deterrent for American tourism in Victoria is that the marine border remains closed, which, according to James, is a big drive for tourists.

“That’s a big chunk of our business. You know both the coho and clipper not being able to operate,” said James.

The uncertainty has paralyzed any planning for Black Ball Ferries, who are hoping clarity is to come on August 9.

Even if Canadian marine borders open, the American border will still remain closed for Canadians until at least August 21, cutting off the majority of their passengers.

Right now, land and air travel travellers need to have a negative COVID test within 72 hours of flying. The tests range from $100-300, an added expense Black Ball Ferries doesn’t believe day-trippers will make.

“If you’re a one-night stay, and certainly with us where half of our foot traffic is same-day, we really think that will be gone,” said Ryan Burles, president of Black Ball Ferries.

For now, the industries which rely on marine borders being open are holding their breath for the all-clear. 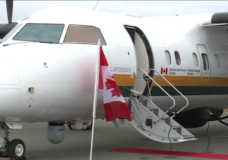 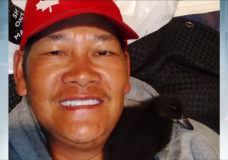