Fisheries and Oceans Canada showed off its new patrol plane Friday in the fight against illegal fishing on the west coast.

A new rigid-hull inflatable is also part of the arsenal but the centrepiece is a De Havilland Dash-8, retrofitted by PAL Aerospace in St. John’s Newfoundland.

“It’s an absolute game-changer,” said Nicole Gallant, Acting Regional Director, Conservation Protection, DFO, Pacific Region. “Previously we had a smaller plane, we had to stop a lot for fuel. We had less time on the water doing surveillance.”

The previous plane, a Beechcraft King Air could only fly for about 4 hours. The Dash-8 can fly for 8 or 9.

Aside from more time in the air, the new plane is full of modern surveillance equipment, cameras and radar that can see better than before.

“For our investigations, for the general duty Fisheries Officer the capability that this camera has and just the technology and the communication from the air to the guys on the ground in the boat or vehicles, it’s second to none,” said Steve Beckett, Detachment Commander.

The DFO is in partnership with PAL Aerospace which built a new hanger at the Campbell River Airport as well.

It’s part of a $128 million contract to deliver a new fleet of four aerial surveillance aircraft.

Three are stationed in the Maritimes and one is in Campbell River.

“We’re looking for any fishing boats, any vessels on the water that are out of place,” added Joe Knight.

“We need to protect the marine resource of Canada,” said Gallant. “Fisheries Officers play a critical role for Canadians to protect the resource and the food security that you and I and others need on a daily basis.”

The plane is also a new resource in the ongoing effort to save entangled humpback whales and endangered orcas.

Patrols up and down the west coast are done 24 hours a day, seven days a week all year long. 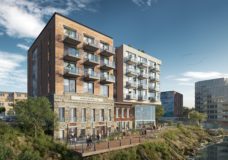 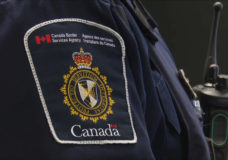