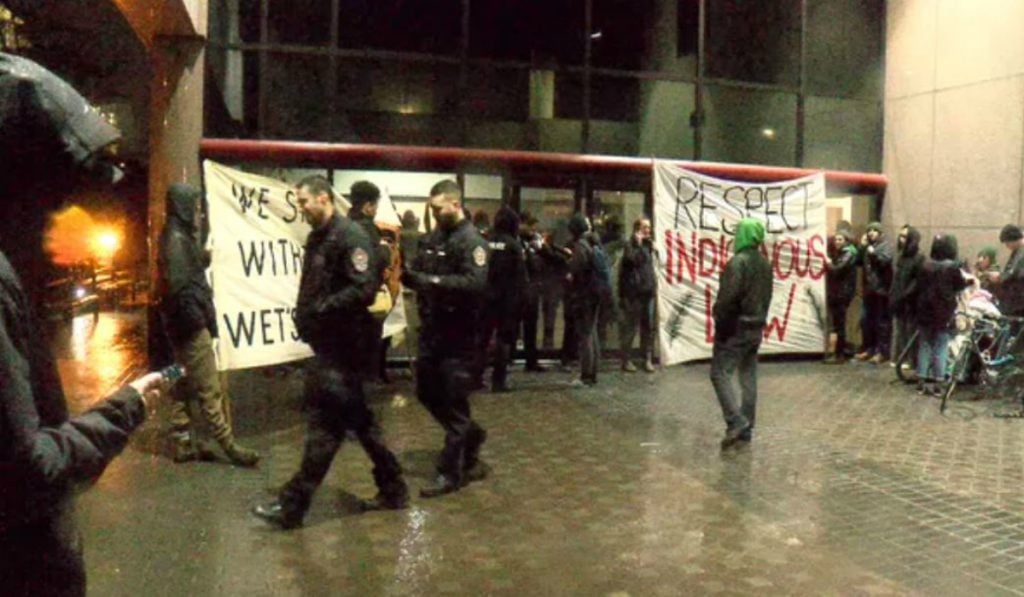 File Photo
Victoria Police have released a correction to the number of arrests made during a Wet’suwet’en protest at the BC Ministry of Energy offices.

Victoria Police have released a correction to the number of arrests made during a Wet’suwet’en protest at the BC Ministry of Energy and Mines offices over the course of Wednesday and Thursday.

VicPD has said that a total of thirteen, not twelve, adults were taken into custody after a group of Wet’suwet’en supporters protested in the lobby area of the government building, located in the 1800-block of Blanshard Avenue.

According the the initial press release from the Victoria Police Department, officers were on-hand for the duration of the protest, speaking with representatives on both sides.

“Despite numerous efforts over 15 hours to resolve the situation without arrests, officers were requested to remove the protesters by the building owner once negotiations failed,” said Victoria Police Department in a release, emphasizing that the officers acted under the lawful authority of the Trespass Act.

According to the original release issued on January 22, there were twelve adults taken into custody, however, the Victoria Police Department has made the correction to thirteen claiming the discrepancy was made because one person who was arrested was not processed through the VicPD jail.  This person was said to have been released shortly after arrival which means they were not recorded in the jail log that is used for day-of arrests.

In the initial release, VicPD said that the arrests took place over the course of four hours, minimal force was used and there were no injuries.

The group that occupied the lobby of the BC Ministry of Energy and Mines offices were demanding RCMP remove a blockade from the Coastal GasLink site, and were calling on Premier John Horgan to meet with Wet’suwet’en leaders.

Members of the first nations group have made calls to action after the B.C. Supreme Court ruled in favour of the natural gas company Coastal Gaslink to build a pipeline through Wet’suwet’en territory.

This incident comes on the heels of another protest that occured at Swartz Bay ferry terminal on Monday, as a group blocked the ticketing booths in opposition of the Coastal Gaslink pipeline project. 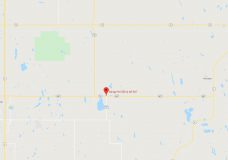