Posted: Jun. 13, 2021 6:18PM
CHEK
WatchIt happened during an old-growth logging protest, and as Ben Nesbit tells us, it's the latest example in what experts are calling a new trend of defacing statues of prominent historical figures.

A professor from the University of Victoria says the vandalization of the Queen Victoria statue was likely a direct jab at the country’s past and present political leadership.

On Friday, the statue was smeared with red paint during an old-growth logging protest at the B.C. Legislature.

“Statues of queens and kings and other royalty are forms of political artwork that seek to legitimize the existing political order, so it’s not a coincidence that these statues become focal points for political resistance,” said UVic geography professor Reuben Rose-Redwood.

Earlier this week, the province announced that it would honour the wishes of the Huu-ay-aht, Ditidaht and Pacheedaht hereditary and elected chiefs, who formally announced that they signed a declaration to take back power over their traditional territories after over 150 years of decision-making by others regarding their land, water and people.

As part of the declaration, the three First Nations told the B.C. government to defer all old-growth logging on their territories for two years.

The B.C. government announced that it would respect the First Nations’ request and halt logging in the Fairy Creek watershed, however, protests have continued as demonstrators say a ban on all old-growth logging should be imposed in perpetuity.

Vandalizing statues has become a common trend in recent years, including in B.C.’s capital, where the statue of Captain James Cook was painted red last August. Back in February, the Queen Elizabeth II monument at Beacon Hill Park was beheaded.

Rose-Redwood says it’s a way for people to highlight North America’s colonial past, which Queen Victoria played a large role in.

“Queen Victoria was the representation of the British monarchy during the 19th century and in that sense is symbolically associated with settler colonialism and imperialism in North America and Canada,” Rose-Redwood said.

Crews have been able to remove the majority of the paint, however a small amount still remains.

Victoria police are asking witnesses with any information to come forward. 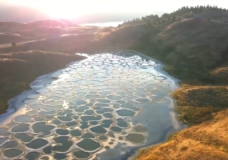 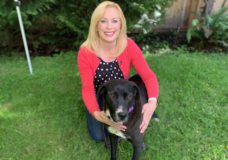