Posted: Apr. 6, 2020 6:39PM
CHEK
WatchIsland animal rescues have closed to visitors and are taking urgent precautions to stop the human to human spread of COVID-19. Now a tiger has tested positive for COVID-19 at the Bronx Zoo, revealing the virus can also be transmitted from humans to our four-legged friends.

Leah Moore suited up in a mask, gloves and gown Monday to care for her rescue’s 70 abandoned and unwanted animals.

It’s a new precaution at Parksville’s Flying Fur Small Animal Rescue that cares and rehomes pets from pot bellied pigs to rabbits and ferrets after news broke Monday that a tiger at the Bronx Zoo is sick after contracting Covid-19 from one of its human caregivers.

“Just the lack of information out there on how it spreads with the animals is just a real concern.”

The massive cat is expected to recover but it has raised the issue of human to animal transmissions after a cat in Belgium also tested positive. Two dogs in Hong Kong have contracted the virus and ferrets have to.

“This is totally new territory for us,” said Moore.

“Even though there have been sporadic reports the thought is that the risk is generally quite low although it’s not zero,” said Canada West Veterinary Specialists veterinarian Dr. Lauren Adelman.

Adelman urged people who have tested positive for COVID-19 to limit exposure to their pets for their animals’ safety. This includes frequent hand washing, especially at feeding times and avoid kissing their faces since that could pass the virus from human to animal.

“We have no solid evidence at this point, any evidence that pets can transmit it back to people,” said Adelman.

Veterinarians also urge people to consider that over one million people have contracted the virus worldwide and only a few animals have as well.

“Everyday I just want to look up if there’s any more information,” said Moore. 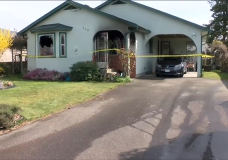 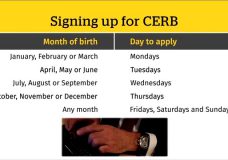