Margot Fletcher was cleaning up Monday after her downtown Victoria store Verve Fashion was hit by vandals for the second time in a week. This time someone threw a rock through her front window.

“I keep thinking okay, I can get through this, one day at a time and then twice in one week? It’s something I wasn’t really thinking about,” she said.

The pricey repairs come with Fletcher’s doors closed because of the coronavirus pandemic. While she is still doing some sales online, she says her profits are down about 70 per cent.

“I keep trying to say ‘when’ I get through this but now I’m just kind of feeling ‘if’,” she said.

And she isn’t alone—a recent survey by the Canadian Federation of Independent Business shows of the many small businesses that have been forced to close, 32 per cent are unsure if they’ll ever reopen.

And an Angus Reid survey shows 27 per cent of Canadians say they’re struggling financially right now while 87 per cent fear, economically, the worst is yet to come.

But help is also starting to arrive. On Monday the Canada Emergency Response Benefit (CERB) was rolled out. In just the first few hours, with the process only open to those born in the first three months of the year, 240,000 applications were received.

Leier waited an hour and a half to get through but once she did she says she only had to answer a few quick questions. She’s been approved and expects to receive her first payment in about three days.

While some were disappointed to learn they don’t qualify, Prime Minister Justin Trudeau promises more help is coming.

“There are some people who don’t yet qualify who we do need to help, if you’re working reduced hours down to 10 hours a week or less we will soon announce how you will be able to qualify for the CERB,” Trudeau said. 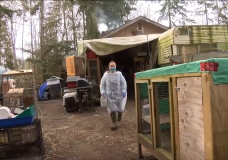 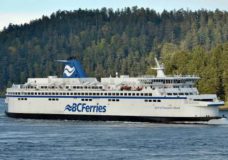 BC Ferries will now screen passengers for COVID-19