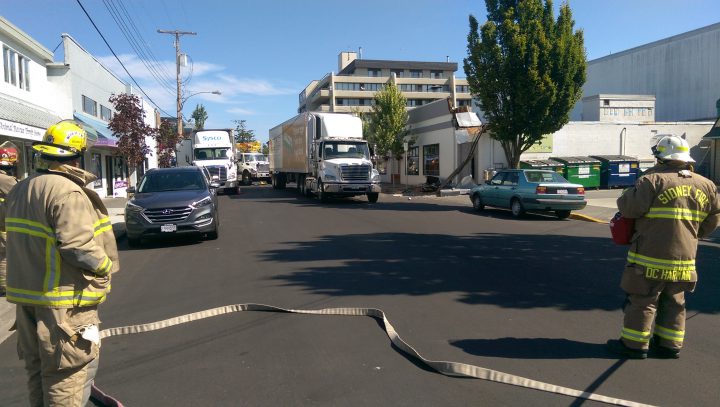 A semi in the middle of Second Street after pulling down wires and damaging the corner of a Sidney building Tuesday morning.

There are no reports of injuries after a semi pulled down wires and damaged a Sidney building Tuesday morning.

The incident happened before 10 a.m. on Second Street, near Beacon Ave.

A witness said a loud noise could be heard and saw part of a building across the street was torn away and power lines draped over the truck.

@SidneyVFire responding to Beacon Ave and Second Street for a vehicle that has struck a building. #yyj #yyjnews #yyjtraffic #sidney pic.twitter.com/JRrwhejLvu

Officials say the wires were arcing and the driver stayed in the truck.

Second Street between Beacon Ave. and Bevan Ave. was closed for about an hour as emergency crews handled the incident, but it has since reopened. 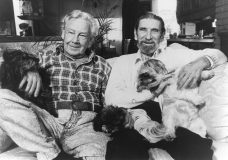 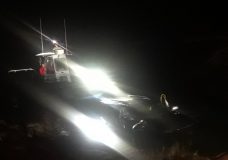