Up to five per cent of elementary schools and 25 per cent of high schools could have an infectious COVID-19 case coming in on day one of reopening, warns Caroline Colijn, a mathematician at Simon Fraser University.

Colijn, who is also a Canada 150 research chair in mathematics for infection, evolution and public health, has done key work plotting potential scenarios for possible arcs of the COVID-19 pandemic in B.C. Speaking with CBC’s On The Coast, she said she has been crunching numbers on potential case counts in B.C. by the time schools reopen on Sept. 10.

“We came up with a few thousand cases that will be out there and that includes people we’ve tested and also cases we don’t know about. There won’t be as many in young people and children, but still, despite that, some good portion of schools, maybe five per cent, maybe 25 per cent for high schools, may have an infectious case coming in on day one,” she said.

“Not all of those cases will cause outbreaks. Hopefully, some people will just get better. If it does happen, unfortunately, the size really depends on the number of people in the room, how long that contact is for, and the intensity of that contact.”

Colijn said the concept of exponential growth, a pattern of data that shows sharper increases over time, is key to understanding how the pandemic grows. One aspect of that model is to look at doubling time, or the amount of time it would take for case counts to double in the province.

“That’s the direction where we’re headed if we don’t stop it. I think that’s the concern now. It’s that kind of combination of exponential growing cases in the community but then also schools and between classes themselves.”

During her news conference Monday, Provincial Health Officer Dr. Bonnie Henry urged B.C. residents to pull back on some of the social interactions they allowed themselves this summer.

This article was initially published by CBC News 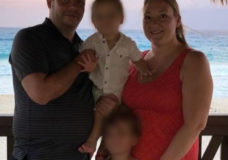