File Photo
A Campbell River man was taken to hospital on Monday night after being attacked by two assailants with a hammer, according to Campbell River RCMP.

Police said that they received a report of the hammer attack shortly after 6 p.m. on Monday, August 31.

The incident took place on Parkway Road when two suspects “approached a man parked in a car and attacked him,” reads a statement in the RCMP report.

Campbell River RCMP said that following the attack, which took place in broad daylight, the suspects fled to a nearby home on Galerno Road – a home said to be known to authorities.

Police arrested one of the two suspects immediately after the incident. The 47-year-old man from Campbell River was taken into custody and could be facing charges of Assault with a Weapon and Assault Causing Bodily Harm.

The other suspect fled the scene and is still at large, said RCMP.

The victim of the hammer attack, a 42-year-old man, was transported to hospital with serious but non-life-threatening injuries.

According to the police report, officers remained at the residence on Galerno Road into the early hours of September 1.

After executing a warrant in an effort to locate evidence in the assault, police said they found and retrieved several grams of methamphetamine and various stolen goods from the scene.

Due to the incident, two additional people were also located and arrested that had outstanding warrants.

Police believe that the parties are all related to the local drug trade and there is no risk to the general public.

Again this is a stark reminder of the violence that follows the drug trade. The homes that house this activity are a plague on the community and the local RCMP are constantly investigating these houses, said Cst Maury Tyre with Campbell River RCMP.

Information we receive from neighbours and community members gets taken very seriously by the police and we do everything in our legal power to deal with the criminal activities going on there.

Police are asking for anyone who is aware of ongoing criminal activity to contact them at 250-286-6221. 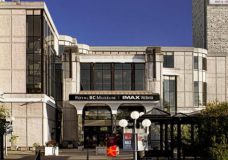