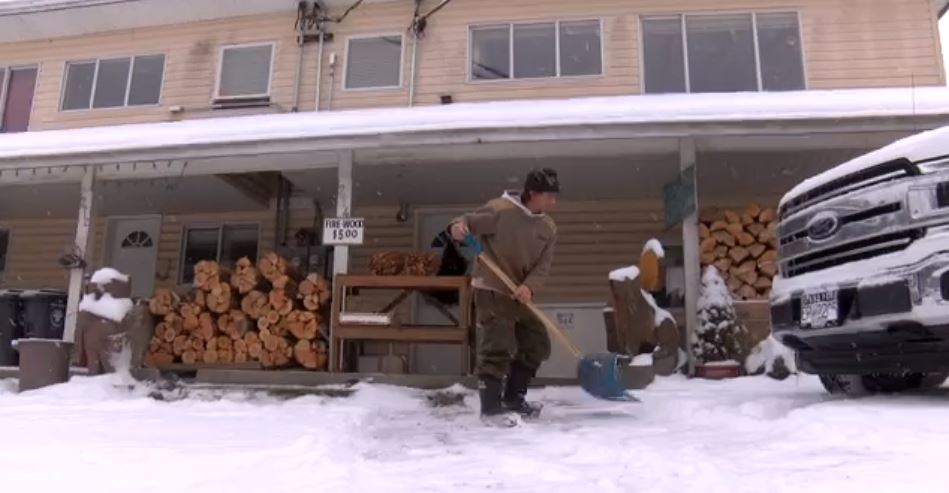 As flurries are expected to return Tuesday evening to parts of Vancouver Island, a snowfall warning has been issued by Environment Canada.

West, central, east and southern Vancouver Island along with the Southern Gulf Islands could see 10 to 15 centimetres of snow.

Snow is expected to begin Tuesday evening and intensify during the night, before easing Wednesday morning.

A low pressure centre approaching the Island is causing the flurries.

The warning is also paired with a Special Weather Statement, warning that over the next few days, a series of pacific disturbances will combine with the cold airmass to produce several rounds of snow.

Environment Canada says a third system, associated with a deep offshore low, is on the horizon for Wednesday night.

They have a “fair degree of uncertainty”regarding its impact upon the south coast. The mainland coast may suffer a glancing blow however Vancouver Island may see a considerable amount of snow as outflow winds increase with the passage of this system.

Heavy snow from the systems will likely move up the Island to Parksville-Qualicum and Courtney-Comox during the day Wednesday.

The specific areas under the warning are:

Officials are reminding drivers to take extra precautions and slow down, and parents to keep an eye on closures.

On Monday several snowfall warnings were issued but then later removed for Vancouver Island. 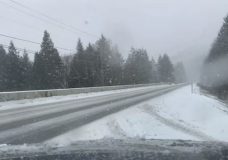