Traps set for Asian giant hornets on Vancouver Island, but experts say they aren’t back yet

There’s been a swarm of reported sightings of Asian giant hornets around Vancouver Island but there is no evidence the species has returned.

He says the invasive insect – more commonly known as a murder hornet – has a noticeably large, orange head, with a body the size of a human thumb and a wingspan of up to seven centimetres.

Hundreds of emails now flood van Westendorp’s inbox, all reports of sightings from across the province, but the evidence isn’t there to confirm any Asian giant hornets.

“There are a lot of people who believe they see these hornets, but the reality is we haven’t had any additional verified sightings since May,” said the apiculturist.

He goes on to say they aren’t interested in humans unless you disrupt their nest but they do affect the honey bee population.

Entomologist Conrade Berube says the large hornets are one of the honey bees’ top predators.

“Those worker hornets may gang up on a single colony of honey bees and go into what’s called a ‘slaughter phase’ similar to a shark feeding frenzy,” said Berube.

Nests were previously discovered last year in Nanaimo and White Rock, with the latest Asian giant hornet found in Langely in May 2020.

RELATED: Nanaimo beekeepers are on the lookout for Asian giant hornets

But experts say people do not need to worry.

“What are the chances you’re going to run into an Asian giant hornet? Very slim,” confirmed Berube.

Due to recent reported sightings, van Westendorp says the province has set up traps in Nanaimo and the Cowichan Valley, as a precaution.. “in sync with the projected expansion of these hornet populations if they are around.”

He wants to remind the public there have been no confirmed sightings in our province since May, and that there are false reports currently circulating on social media that the Asian giant hornet has made a comeback.

Officials say people should still be aware and if you do come across one of the hornets, report it to the Invasive Species Council of B.C. online, or by calling 1-888-933-3722. 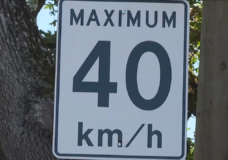 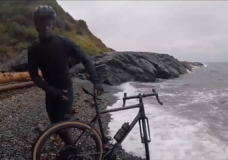 CHEK Upside: Cyclist begins quest from Victoria to Newfoundland in support of charity