Nanaimo beekeepers are on the lookout for Asian giant hornets

Posted: May 5, 2020 6:53PM
CHEK
Watch Beekeepers in Nanaimo are watching their hives and traps closely right now after the appearance of Asian giant hornets in Washington state. As Skye Ryan reports Nanaimo recorded the first nest of the invasive species, in all of North America, last summer.

Nanaimo beekeeper John Holubushen will never forget the sting he got from the Asian giant hornet.

“Followed by what felt like being hit with something physical.”

The Nanaimo man found himself the target of the Asian giant hornet, in Nanaimo of all places last summer.

“I found it hard to believe that a, they were in Nanaimo and b, we found the nest,” said Holubeshen.

He was one of four devoted beekeepers who went on a mission in September 2019 to find and destroy the massive invasive hornet’s nest that had mysteriously turned up in a south Nanaimo park.

The nest they found was the first of the invasive hornets to be found in North America. Beekeepers suspect the Asian giant hornets arrived on a container ship.

“We had to get it early,” said Holubeshen.

“It’s like fighting a fire. If you get it early it’s a lot easier to deal with,” he said.

The discovery south of the border has local beekeepers watching their hives and traps closely for more of the invasive species.

“If you see one take a picture if you can but stay safe,” said Holubeshen. 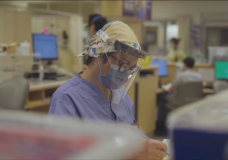 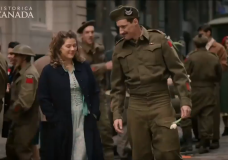