Transport Canada has announced an extension of the current national ban on cruise ships for an additional year.

On Thursday, Minister of Transport, Omar Alghabra, announced the ban, which prohibits cruise vessels in all Canadian waters until February 28, 2022.

“Temporary prohibitions to cruise vessels and pleasure craft are essential to continue to protect the most vulnerable among our communities and avoid overwhelming our health care systems,” said Minister Alghabra.

“This is the right and responsible thing to do.”

The ban means that cruise vessels carrying more than 100 people will be prohibited from operating in Canadian waters until at least next year.

The Greater Victoria Harbour Authority (GVHA), owner and operator of the Victoria Cruise Terminal, followed up the announcement by saying it supports the decision made by Transport Canada.

“Cruise will resume when it is safe to do so, when border restrictions are removed, and when people may safely enjoy non-essential travel,” said the GVHA in a statement, pointing out that the health and safety of the community are still the top priority amid COVID-19.

According to the harbour authority, cruise represents more than 70 per cent of the GVHA’s annual revenues, which it estimates would have equated to more than $12.5 million in 2020.

Along with permanent staff downsizing and reductions in operations, the GVHA says that Victorians will see the impact of the lost revenue on things like landscaping and beautification throughout the Inner Harbour.

The authority points out that this includes the inability to plant and maintain the ‘Welcome to Victoria’ garden on the south side of the Lower Causeway.

The Greater Victoria Harbour Authority also notes that many events – that are safe to operate under current health orders from the province – will be cancelled in 2021 “due to our inability to dedicate staff time or financial support.”

“We look forward to the safe resumption of cruise in the future, which will be a result of national efforts to reduce the impact of COVID-19 including increased health and safety measures, vaccinations, and continued personal layers of personal protection,” said the GVHA.

“Our team will be ready to welcome passengers and crew when ships return to Victoria.”

The cruise industry directly and indirectly employs around 800 people in Greater Victoria, the impact of today’s announcement could be devastating for local businesses.

“We carry tens of thousands of cruise ship passengers every season and it contributes a large part to our loss of ridership and loss of revenue,” said Victoria Harbour Ferry president, Barry Hobbis.

With all 287 ship calls for the year now cancelled, locals will be counted on to help businesses keep their doors open.

“Fisherman’s Wharf and a lot of locals I feel like tend to avoid some of the tourist areas, and we just want to let them know that were down here and maybe take some time to rediscover your local areas” said Pirate Pizza Manager Ryan Agnew.

Along with the suspension on cruise ships, Transport Canada has banned pleasure crafts from entering Canadian Arctic waters until 2022 as well. 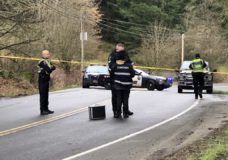 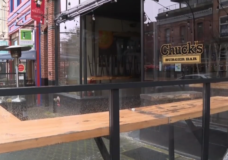