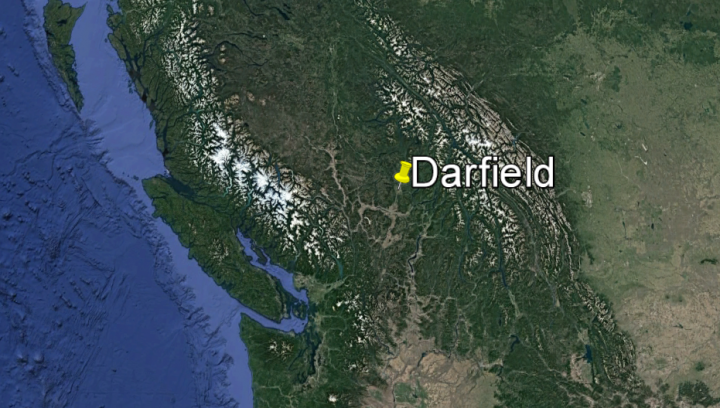 The Ministry of Environment and Climate Change Strategy confirmed the spill was in Darfield B.C. (Google)

The Ministry of Environment and Climate Change Strategy says that approximately 100 litres of crude oil have leaked from the Trans Mountain pipeline in Darfield B.C.

They received the report just before 5 a.m. Sunday morning, and say a flow meter spilled the oil onto Kinder Morgan’s site.

Trans Mountain says in a statement that their internal safety systems alerted them to an operational disruption at their Darfield Pump Station. As a precaution, the main Trans Mountain Pipeline was shut down following the incident, and after inspections, it was restarted at approximately 3:20pm.

Crews from the company are on the scene cleaning up the leak and no waterways were impacted as the spill was contained only to the site — which sits 70 kilometres north of Kamloops .

“The [flow meter] probably had a crack or leak on it,” said David Karn, a spokesperson for the Ministry of Environment and Climate Change  “It was all contained to the Darfield station site, they started cleaning it up right away.”

The spill is expected to be cleaned up by the end of the day Sunday. 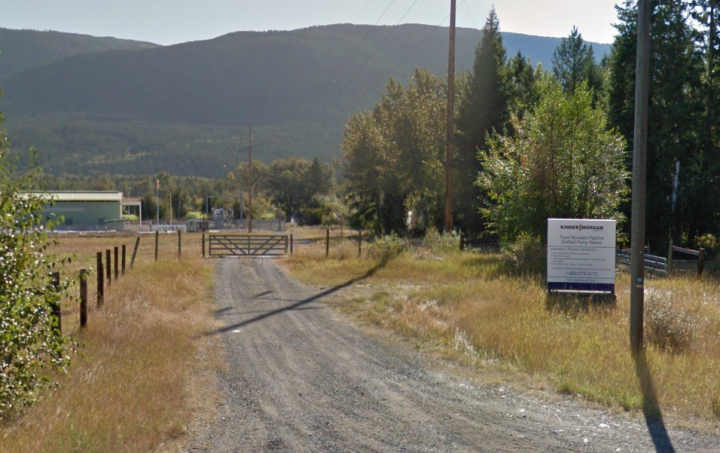 Since 1961 Trans Mountain says they have reported approximately 82 spills to the National Energy Board — around 67 spills occurred with oil products. They add that 69.5 per cent of spills occurred at pump stations or terminals, and the remaining 30.5 per cent along the pipeline.

The news comes just four days before Kinder Morgan, the company who operates the Trans Mountain pipeline, will announce if they will continue with their pipeline twinning construction project.

The $7.4-billion Trans Mountain pipeline expansion would parallel the 1,150-kilometre route of the existing Trans Mountain Pipeline — which was built in 1953.

Pipeline capacity would increase from 300,000 to 890,000 barrels of oil per day if the project goes through.

The expansion project has been the centre of intense debate both within the public and between the province and Alberta and Federal Governments.

Pro and anti-pipeline protests have been taking place across the province and at Kinder Morgan’s facility in Burnaby recently.

The B.C. government has filed a reference case to the B.C. Court of Appeal, asking if it would be allowed to bring in more regulations for those looking to bring more heavy oil through the province.

Prime Minister Justin Trudeau and Alberta Premier Rachel Notley both say that the pipeline will be built, and that they do not support B.C. Premier John Horgan’s move to regulate the project further.

Some polls suggest that a majority of British Columbians support the project, but environmental activists argue that the dangers of building the expansion would be too great to allow it to proceed. 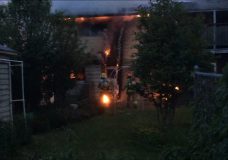 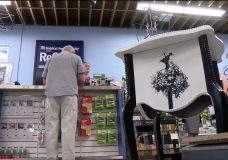