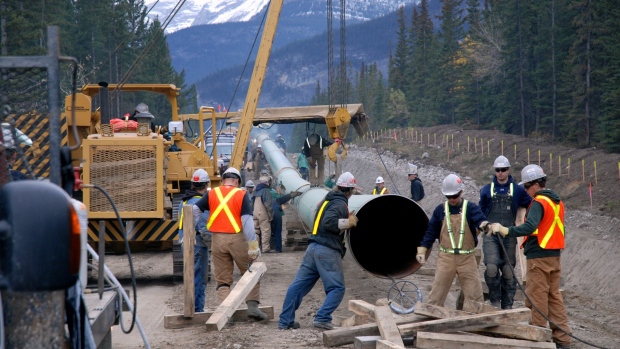 Kinder Morgan has suspended all “Non-essential activities and related spending” for its Trans Mountain pipeline expansion, amid tensions between the company and the province.

“While we have succeeded in all legal challenges to date, a company cannot litigate its way to an in-service pipeline amidst jurisdictional differences between governments.” said Kinder Morgan’s chair and chief executive officer Steve Kean in a press release Sunday afternoon.

The company is looking to consult with stakeholders in an effort to reach agreements before May 31 that could allow the pipeline project to proceed.

They add that the active opposition from B.C. and its premier John Horgan is not something the company can deal with and that they need to take action to protect their shareholders.

The project has faced intense opposition in B.C. and has been tied up in the regulatory system and the courts for years, and has support from the federal government, as well as the provincial governments in Alberta and Saskatchewan.

Protests at the company’s Burnaby site have heated up in recent weeks, with public officials such as Green Party Leader and Saanich-Gulf Islands MP Elizabeth May and New Democrat MP for Burnaby South Kennedy Stewart being placed under arrest, after violating an injunction against protesters.

Prime Minister Justin Trudeau has taken a strong stance in supporting the project, and arrived in Victoria to hundreds of protesters Thursday while visiting a Coast Guard base.

Alberta Premier Rachel Notley and B.C.Premier John Horgan have both been taking shots at one another on the public stage.

Premier Notley temporarily banned B.C. wines earlier this year in retaliation to the opposition to the project by the B.C. government.

She is expected to comment on the company’s announcement later today. 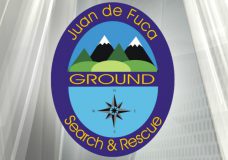 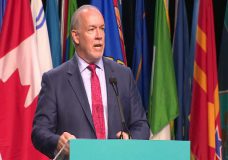